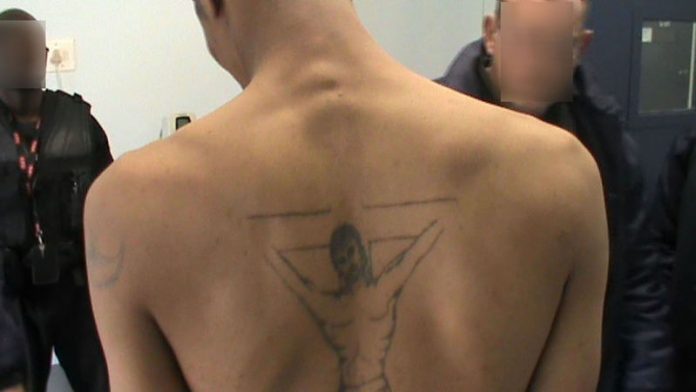 Forced medication with heavy antipsychotic drugs is not the only way the Mangaung Correctional Centre is allegedly managing its unruly prison population and the odd warder, according to 70 sources the Wits Justice Project spoke to.

The 2010 high-level department of correctional services report, which was sent to the then minister of correctional services, Nosiviwe Mapisa-Nqakula, compares the prison with Guantanamo Bay – drawing particular attention to "the brutality of the EST [Emergency Security Team]. According to the report, "every inmate to the single cell is escorted by the EST and along the way is being shocked".

Inmate Simphiwe Daniso told the Wits Justice Project how he was taken to the single cells by the "Ninjas" on 30 July 2012. "They told me to strip, they pinned me down on a metal bed frame, poured water over me and shocked me with their shields," Daniso claimed. "And they kicked me in the face and broke my cheekbone."

Calvin Khumalo said he collapsed after excessive electroshocks on September 15 2012, when he refused to eat the food he was offered, because he is HIV positive and needs a high-protein diet. "The 'Ninjas' took me to a single cell, stripped me naked, poured water over me and electroshocked me," he claimed. "I fainted several times."

Khumalo reported the alleged assault to the Bloemspruit police station, but they have not investigated the complaint.

On August 11 of this year the EST filmed an inmate who was injured in a gang fight. In the background what sounds like electroshocks can be heard, followed by screaming. A male voice says: "Show them", and then: "I want to show them that we are Zulus [the EST's other nickname]."

The people allegedly being electroshocked are then asked who gave them the order. There is a sound of water splashing. In the next video, shot minutes after the first, a nurse is stitching up another injured inmate. The nurse is unperturbed by the screaming in the background. A male voice asks: "Hey, talk man. Who is the major?" The clicking sound of what appears to be the electroshock shields is followed by screaming.

Warder Themba Tom worked in the Broadway unit from 2000 to 2008. "There was a soundproof room in the single-cells unit. We called it the dark room, because EST members would bring inmates there, strip them naked, pour water over them and electroshock them," he claimed. "We would try not to hear the crying and screaming. It was awful."

Thabo Godfrey Botsane was released from Mangaung prison in January this year. He served six years of his 12-year sentence for robbery in the Bloemfontein jail. In 2009 he was placed in a single cell for four months. "There was a dark room in the unit, where they would take inmates and beat them up and electroshock them."

In 2009 the "Ninjas" paid him a visit after some cells were set alight, he said. "The EST came to my cell and ordered me to strip naked. When I refused they threw all my belongings out of the window. They doused me with water and shower gel and then started to kick and electroshock me with their shields. I was injured and bleeding after this assault. They came back into my cell and a guy who worked for the prison intelligence unit – he was not a nurse – injected me in the buttocks, while the 'Ninjas' held me down. I felt very drowsy and my muscles stiffened after the injection. They never told me what they injected me with."

Botsane tried to file a complaint with the management, but said the complaint was sent to a supervisor in the single-cell unit.  He asked to see a police officer, but never did.

The Correctional Services Act stipulates that nonlethal incapacitating devices may only be used with the consent of the head of prison and only if a prisoner fails to lay down a weapon, if the security of the prison or prisoners is being threatened or when an escape has to be prevented, but not as a method of interrogation. The use of force must be a last resort and the minimum degree of force must be meted out.

The EST is obliged to film all its interactions with prisoners to ensure these legal obligations are met. But, as inmate Gershwin Coutts found, that camera can be turned off. On June 8 of this year, he argued with a warder and hit him. The EST fetched Coutts and brought him to the single cells. There, it seems, the "Ninjas" turned the camera off and Coutts says they beat him up. Then they brought him to healthcare, where they switched the camera back on.

Coutts has a swollen face, with visible bruises, and his left hand and leg are bleeding. The person holding the camera asks him who injured him and Coutts replies: "The security guys." The "Ninjas" ignore his remark and continue questioning Coutts about the altercation, all the while filming his injuries. When they take him back to his cell, the team leader says to the camera: "No force was used."

Coutts's girlfriend, Sajeedah Adams, and his mother, however, emailed the managers of the prison on July 16 about the alleged assault. They never received a reply. Coutts laid charges at the local Bloemspruit police station. Coutts claims the prison management told him he would end up in an isolation cell for two years if he didn't drop the charges. Officers at Bloemspruit police station confirmed that Coutts suddenly dropped all charges, for reasons unknown to them.

Ruth Hopkins is a journalist with the Wits Justice Project