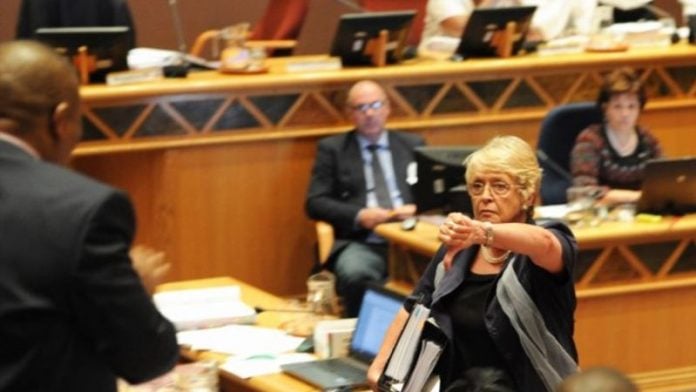 The speaker of the Tlokwe municipality in the North West had to stop a council meeting after the opposition, led by the Democratic Alliance (DA), staged a walkout, Beeld reported on Saturday.

ANC Tlokwe chief whip Dakota Legoete said the meeting was halted on Friday after the opposition walked out and there was no longer a quorum.

Legoete told the publication the opposition used a dispute about the municipal manager to end the meeting because they wanted to prevent a motion of no confidence in DA mayor Annette Combrink.

DA Tlokwe whip Neels Coetzer said there was no need to stop the meeting simply because there was a difference on an issue.

"We could have continued with the other issues. We did not take a decision on the municipal manager because we were unsure about certain legal issues," Coetzer was quoted as saying.

Former ANC mayor Maphetle Maphetle was unseated twice when ANC councillors voted with the opposition to replace him with Combrink, first in November last year and again in July.

Contravene the council's rules
This is not the first incident in which the opposition is reported to have had issues with a council meeting.

In September, the DA did not attend a Tlokwe council special meeting because it was illegally convened, the party said.

"The DA-led coalition in the Tlokwe Municipality in Potchefstroom decided not to attend a special council meeting this morning [September 20] illegally convened by the speaker, Barei Segotso," North West DA leader Chris Hattingh said in a statement at the time.

He alleged the meeting contravened the council's rules of order and the Municipal Structures Act.

A quorum of 50% of the councillors plus one was needed to call such a meeting. This condition was not met for the September meeting.

Fourteen ANC councillors were expelled from the party in July for participating in a motion of no confidence in then mayor Maphetle. He was replaced by Combrink.

The KwaZulu-Natal MPL, who is running against John Steenhuisen for the post as party leader, embodies the hopes and dreams of the majority of citizens
Read more
National

Roshan Morar’s extensive links with government are deep and lucrative: a 300% ballooning tender; the nod for an ambassador’s post from ANC secretary general Ace Magashule; seats on the boards of a multitude of public entities and now a questionable PPE tender
Read more
Opinion

Did Yster play ace in the hole?