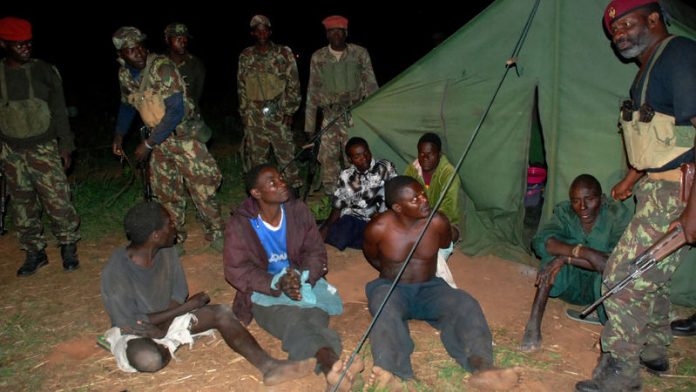 Mozambique's former rebel movement Renamo said on Friday its leader's right-hand man was killed in a raid on its military base by government troops earlier in the week.

Armindo Milaco, a former child soldier who became one of the movement's most powerful men and a parliamentarian, was hit by a shell when the army took the base in central Mozambique.

"Our colleague Armindo Milaco died as a result of government forces' attack on our leader's base on 21 October," Renamo spokesperson Fernando Mazanga said. "He was hit by a howitzer."

The ex-guerillas, who fought a bloody civil war against the ruling Frelimo before transforming into a political party, declared that a 1992 peace deal was over as a result of Monday's attack.

The assault on the Gorongosa base amounted to an attack by the government on multiparty democracy, it said.

The party only learnt of Milaco's death on Friday because communication had been difficult, it said.

Militants reportedly from the former rebel movement attacked a nearby police station the day after the attack, which kicked off a spate of tit-for-tat violence.

Milaco was forcibly conscripted as a 17-year-old boy into Renamo when war broke out in 1977.

"All of us miss it. We have to wait a little but we are waiting for the moment we can finish what we started," he said when Agence France-Presse visited the Gorongosa camp.

At the time, he was in charge of recruiting new soldiers nationwide, and doing refresher courses along with some Renamo veterans, aged well into their 40s.

Although the party had supposedly disarmed when peace was signed, it still had hidden bazookas, mortars and even landmines left.

"As soon as the shooting starts, everyone knows where to grab them," Milaco had said.

But their base fell, amid reports Renamo fled ahead of the government troops.

Renamo leader Afonso Dhlakama escaped and is hiding at an undisclosed location, according to his party.

The unrest has been confined to the central region, but this week's attacks have sparked fears of renewed war, prompting worried international reactions.

"We know the consequences of conflict. If we respond with violence we might plunge the country back in war," he said.

"We are open for talks, but demand that the head of state and commander of the armed forces withdraw his troops from our base."

Dhlakama returned to the bush camp last November and started retraining soldiers for a "revolution", without making clear his intentions.

Over the last six months Renamo militants have clashed sporadically with government forces and attacked civilian vehicles on the main north-south highway.

Renamo took up arms against the then-communist government of Frelimo – the Mozambique Liberation Front – after independence from Portugal in 1975.

It became the official opposition party after the 1992 peace agreement, but has lost every national election ever since.

Renamo's demands
Officially Renamo is demanding a bigger role in electoral bodies and its fighters' integration into the government forces.

But more than 20 rounds of talks with Frelimo over the past 10 months have stalled with little progress.

The party is boycotting upcoming local polls on November 20 after refusing to register until electoral reforms are passed.

It failed to table its suggestions in Parliament, saying Frelimo's overwhelming majority meant they would probably be voted down.

It has been highly critical of the Frelimo government, which it accuses of politicising the state and stealing the impoverished, yet coal-and-gas rich country's resources. – AFP