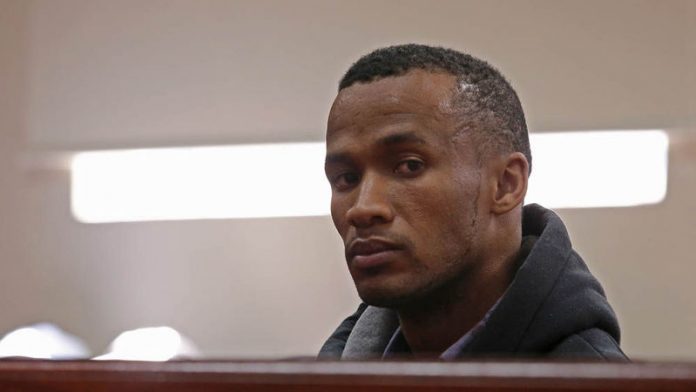 The sentencing of Johannes Kana for the rape and murder of Bredasdorp teenager Anene Booysen was postponed in the Swellendam Circuit Court on Wednesday.

SABC news reported that proceedings began on Wednesday for argument in mitigation of sentence, but court was postponed to Friday.

Booysen was raped and disembowelled, and died in Tygerberg Hospital, Cape Town, on the afternoon of February 2.

Kana was seen with Booysen outside a Bredasdorp pub in the early hours of that day.

Pieter du Toit, for Kana, said his client was under the influence of alcohol and the crime was not planned.

He also reportedly said Kana had admitted guilt and apologised, and was also helpful with the investigation.

Du Toit asked that sentencing should run concurrently. The state has asked for a life sentence for both counts.

The NPA welcomed Kana's conviction on both charges in the court.

"We are happy that the court came to the conclusion, as we have argued over the past eight months that the only person who was responsible for the rape and murder of Anene Booysen was Johannes Kana."

Wednesday would have been Booysen's 18th birthday, according to Ntabazalila.

"We are now going to be asking the court to impose a life imprisonment to ensure that we deliver justice for Anene, her family, her friends and the community of Bredasdorp."

The NPA commended the work of the investigating and prosecuting teams that worked to finalise the case within eight months.

Initially, Kana, Jonathan Davids and another man were arrested.

Charges were later withdrawn against Davids and the other man because of insufficient evidence.

Before she died, Booysen named one of her assailants as "Zwai", which was both the nickname of Davids and another man said to live in Zwelitsha.

Ntabazalila said: "We have argued in court that not too much weight must be put on the name of Zwai … that was mentioned by Anene Booysen while she was in hospital".

"We have argued that Anene Booysen was in terrible pain, under the influence of alcohol, under medication."

"His clothes and those of Kana were taken for forensic testing. The results did not implicate him."

Davids also had an alibi for the morning of the rape and murder.

"The state withdrew the charges against him as there was no evidence linking him to the rape and the murder." – Sapa

Taking a page from a book of art