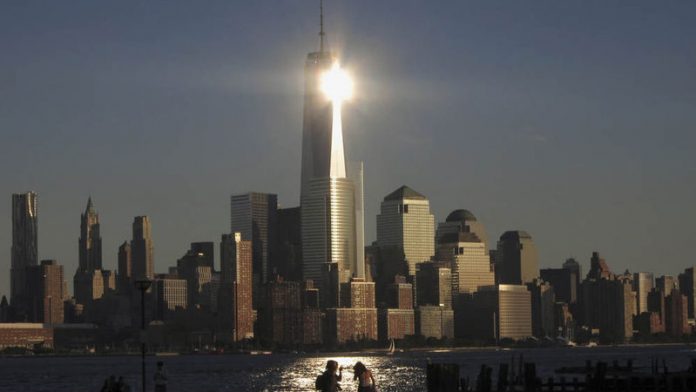 The elusive British graffiti artist Banksy, who has been writing and spray painting images on New York City buildings, is causing another sort of sensation with an essay condemning the design of the new World Trade Centre as "a disaster".

The 104-storey skyscraper "clearly proclaims the terrorists won", the artist asserts in an essay posted on his website on Sunday. It includes a picture of the tower with the words "replace with better artwork".

The essay is designed to resemble a New York Times op-ed column. The artist said he submitted it to the newspaper, which declined to publish it.

"We couldn't agree on either the piece or the art so it was rejected," Times spokesperson Eileen Murphy said on Monday.

The Port Authority of New York and New Jersey, which owns the Trade Centre site, did not immediately respond to a request for comment.

Banksy, who refuses to give his real name, could not be reached for comment. He has been visiting the city for the past few weeks.

'We lost our nerve'
He announced earlier this month that he was undertaking "residency" on the streets of New York in October and has posted pictures on his website of his paintings on city buildings without providing exact locations. But those who spotted the graffiti spread the word through social media.

Banksy writes that the tower lacks "any self-confidence". He likened it to a "tall kid at a party, awkwardly shifting his shoulders trying not to stand out from the crowd".

He suggests that "a better building" be constructed immediately in front of the nearly completely skyscraper.

He ends by saying: "You currently have under construction a one thousand foot tall sign that reads – New York – we lost our nerve." – Sapa-AP 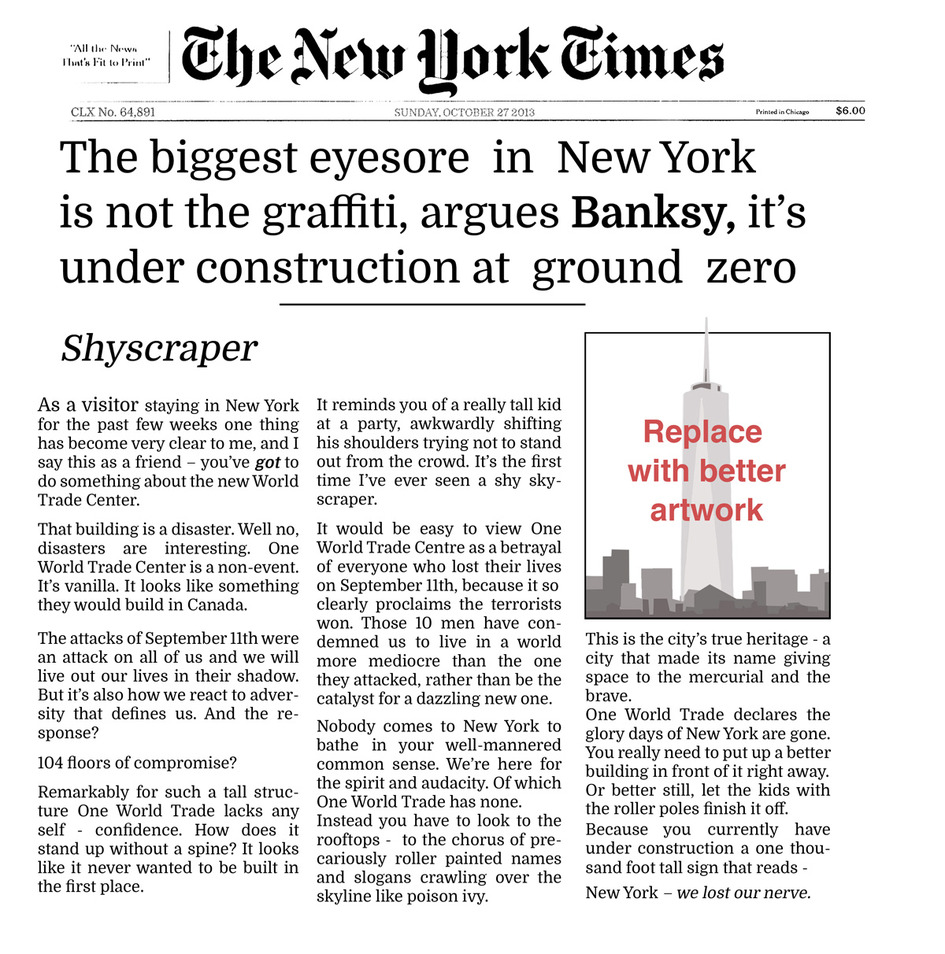