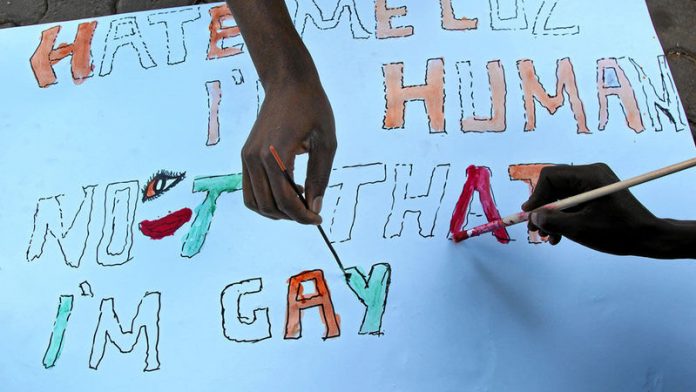 In August this year, as I sat refreshing my Twitter account, anxious for election result updates, I recollected the events of the election of 2008.

The waiting had rattled my nerves, as had the release of results in small batches – every 14 and, later, 10 days – along with the neck-and-neck battle to the post.

Back then, the slowness of the release of the results, along with other hard evidence, led us to believe that President Robert Mugabe had rigged the outcome. With this year's elections, however, Mugabe romped home. The outcome seemed more carefully orchestrated.

The issue of homosexuality had been a key feature of Mugabe's election campaigns but never quite as luridly as this time around. I can recount a dozen rallies at which the subject of gays was used to attack the Movement for Democratic Change (MDC) and vilify the gay community.

The strategy for this election dates back to the Constitution-making process, during which Gays and Lesbians of Zimbabwe made a submission calling for the rights to equality, nondiscrimination and privacy to be extended to all citizens.

This submission signalled the challenges for a community seeking to gain recognition for lesbian, gay, bisexual, transgender and intersex people (LGBTI) in a partisan constitution-making process.

The state's propaganda machinery went into overdrive, claiming that gays and lesbians wanted same-sex marriage rights. But how can we advocate marriage when the basic struggle to exist has not been won?

In the run-up to the election, Gays and Lesbians of Zimbabwe endured raids on their offices and the detention of members. Given the fierce response, I did not have high hopes for the inclusion in the Constitution of sexual orientation as a ground for nondiscrimination.

The new Constitution turned out to be a document reflecting political contestations between Zanu-PF and the MDC.

False hope
The attack on the headquarters of Gays and Lesbians of Zimbabwe and the swift reaction of the police in arresting the perpetrators gave a glimmer of hope, which was dashed when the attackers were released without charge.

The run-up to the 2013 elections created a climate of fear and vulnerability for the community.

LGBTI people were targeted in election rhetoric. Zanu-PF's manifesto proclaimed that the party "had been vigilant throughout the Constitution-making process to guard against treachery and to protect the process from being hijacked by foreign or regime change interests … specifically … [to] protect the values and dignity of the people against such evils as homosexuality".

As it stands, Zanu-PF has regained the majority in both houses of Parliament that it lost in 2008. This is partly at the expense of the LGBTI community, which was subjected to homophobic hate speech throughout the campaign. One example is the president's call for gay people to either procreate or face beheading.

The result of the election seems to have placed the country on auto-pilot. There is a sense that a dark economic future lies ahead.

Industry and agriculture are in decline and Zanu-PF is not batting an eyelid. One hopes that the ghosts of 2008 – empty shelves and lawlessness – do not return. Fear engulfs those who held dissenting views, and those who aligned with the MDC. It feels like payback time.

No change
For the LGBTI community nothing has changed despite the new Constitution and its creation of various commissions on human rights. Neither these bodies nor the electoral commission bothered to respond to our complaints about the president's use of hate speech.

We were hit by section 78(3) of the new Constitution, which provides that "persons of the same sex are prohibited from marrying each other" – as if section 73 of the Criminal Law and Codification Act, which criminalises same-sex sexuality, is not punishment enough.

Persecution of human rights defenders continues. Gays and Lesbians of Zimbabwe has two cases against it related to "undermining the authority of the president" and "running an illegal organisation". We believe the police are preserving these for future use.

Similar charges are being levelled against a number of civil society organisations.

Threats to the safety and security of LGBTI individuals remain real as we realise that Zanu-PF wants to appease a despondent electorate.

While there are other pressing matters of survival the government needs to address, "the gay issue" becomes expedient if staying in power is foremost, the economy continues to recede and if the party manifesto is to be worth more than the paper it's written on.

Zanu-PF is notorious for disregarding citizens' rights to freedom of expression and is unlikely to align laws with the Constitution and international human rights protocols and standards. The Access to Information and Protection of Privacy Act and the Public Order and Security Act, for example, need to be amended.

Despite these problems, in June we had a successful Pride Week in public venues without police harassment. The community came together to reaffirm its existence and renew its dented hopes.

But it still feels like it is a little too early to tell what this election result will ultimately mean for LGBTI people.

Chesterfield Samba is the director of Gays and Lesbians of Zimbabwe