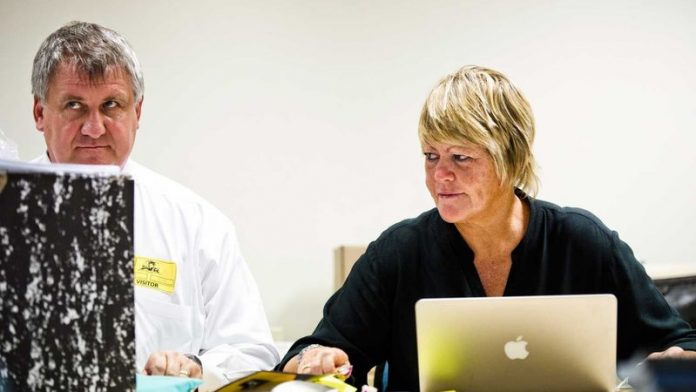 The legal fees NPA prosecutor Glynnis Breytenbach incurred trying to get her job reinstated were paid by the FW de Klerk Foundation's Centre for Constitutional Rights (CFCR), the foundation said on Sunday.

"The CFCR… would like to confirm that it has been paying the litigation expenses of [Breytenbach], in her efforts to defend herself against disciplinary action that has been taken against her by her employer, the National Prosecuting Authority (NPA)," it said in a statement.

The CFCR funded Breytenbach's defence as part of its mission to promote and defend the Constitution and rule of law.

In April last year, Breytenbach was suspended and later faced a lengthy disciplinary hearing on 15 charges, including that she had not acted impartially when investigating a mining rights dispute involving Kumba Iron Ore and Kumba's Sishen mine in the Northern Cape.

She was also accused of "improper relations" with Sishen's lawyer Mike Hellens.

On May 27, a NPA disciplinary hearing cleared her of all charges.

The following day, the NPA announced it would bring a court challenge against the ruling because it considered the findings "factually incorrect and legally unsustainable".

Breytenbach was allowed to return to work, but after her return she found the NPA intended sending her to a different office.

She claimed that her suspension was related to her opposition to a decision to withdraw fraud and corruption charges against former police crime intelligence head Richard Mdluli.

"Preserving the rule of law"

The FW de Klerk Foundation said that the CFCR sometimes took up cases for ordinary citizens where there were suspected breaches of constitutional rights.

The centre would assist by laying complaints with the SA human Rights Commission and the Public Protector, or as a last resort, the CFCR sometimes approached the courts.

"Where appropriate – and within the scope of its limited means – [the CFCR] takes active steps to assist South Africans to claim their constitutional rights and to ensure that the state and all the institutions that it comprises, act in accordance with the Constitution."

The CFCR took an interest in Breytenbach's case because it also believed that her suspension was linked with the Mdluli matter.

"The CFCR had long been deeply concerned about the allegations of executive interference in the NPA.

"…The independence, integrity and professionalism of the NPA are absolutely essential for the preservation of the rule of law."

The CFCR established a special litigation fund for Breytenbach's legal expenses and other expenses that could arise from other cases of interest to the CFCR.

The fund had received "generous assistance", the foundation said.

The Sunday Independent reported that billionaire businessman Nathan Kirsh, who was the complainant in a fraud case Breytenbach worked on in 1999, had made generous donations to Breytenbach's defence.

The NPA were investigating the financial relationship between Kirsh and Breytenbach."

NPA spokeswoman Bulelwa Makeke said: "The integrity management unit is investigating their financial relationship. One of the elements of the investigation is the legal fees paid by the FW de Klerk Foundation."

According to the report, Kirsh said that he admired Breytenbach, but had made donations to the foundation for many years.