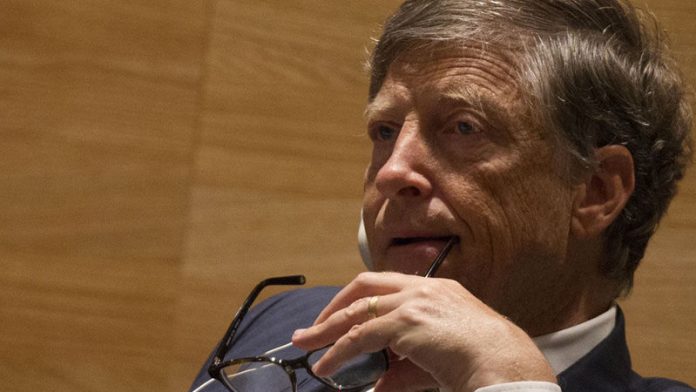 This diverse bunch enjoys a unifying characteristic: most spent the year making more money. Their collective fortunes have soared $200-billion to $2.1-trillion since Bloomberg Markets published its inaugural list in December 2012.

Zuckerberg, the 29-year-old co-founder of Facebook, is not only the youngest billionaire, he's the biggest gainer, Bloomberg Markets will report in its December billionaires issue. Zuckerberg doubled his fortune to $24.5-billion from January 1 to September 30, the day Bloomberg took a snapshot of Bloomberg's exclusive daily wealth ranking, the Bloomberg Billionaires Index (or see bloomberg.com/billionaires.)

Denis O'Brien, founder of Digicel Group, falls shy of the top 100 list – so far. Ireland's richest native-born citizen, the subject of one of Bloomberg's five profiles of billionaires outside the top 100, has built his $5.4-billion telecom fortune chiefly by entering markets in the Caribbean.

Siblings JB and Tony Pritzker, who got at least $2.7-billion following the acrimonious breakup of their family's empire, are investing in private-equity and venture deals.

South African-born Kerr Neilson, who became rich managing other people's money, set up a foundation to fund his wife, Judith, in her passion: giving wider exposure to contemporary Chinese art at her gallery.

Some of the more than 80 hidden billionaires Bloomberg News unearthed in 2013 through September 30 also have family ties. Brothers Sergio and Pier Luigi Loro Piana, who head Italian cashmere clothier Loro Piana SpA, joined the billionaire ranks after agreeing in July to sell 80% of their company to No. 14 Bernard Arnault's LVMH Moët Hennessy Louis Vuitton SA.

Batista falls
In Kazakhstan, Bulat Utemuratov is trying to avoid the taint of his nation's reputation as a dubious business destination. In his first lengthy interview with a news organisation, Utemuratov tells Bloomberg Markets that he never used his government positions to amass one of Central Asia's greatest fortunes.

Not all of the superwealthy added to their billions. EBX Group founder Eike Batista was once Brazil's wealthiest man and was No. 28 on Bloomberg's list last year. He not only fell from the top 100 – he lost his fortune after his commodities companies imploded.

In calculating a billionaire's net worth, Bloomberg valued his or her stakes in publicly traded companies using closing prices of September 30. Valuations of foreign assets were converted to US dollars.

We usually valued real estate by applying average regional occupancy and capitalization rates to the square footage of closely held commercial properties. For personal property, we used its appraisal value. Land was valued using the market price per acre.

Yachts, planes
Estimates for art, furniture and jewellery were based on their insured value and expert assessments. Yachts, planes and other vehicles were assessed based on market value. Net worth estimates include dividends, proceeds from asset sales and real estate. In cases where most of a fortune comes from closely held companies, estimated dividends are calculated only if historical financial information is available.

We deducted taxes based on personal income, dividend and capital gains rates in a billionaire's country of residence. Taxes were applied at the highest rate unless there was evidence to support a lower percentage. For estimates of cash and other invested assets, we applied a hybrid market return based on holdings in cash, government bonds, equities and commodities. We attempted to identify and confirm all potential liabilities.

Personal debt
No assumptions were made about personal debt. Family members often hold a portion of the billionaire's assets. Such transfers don't change the nature of who ultimately controls the fortune.

We operate under the rule that all billionaire fortunes are inherently family fortunes. Each billionaire or his or her representative has been given an opportunity to respond to questions regarding the calculation of his or her net worth.

Bloomberg News editorial policy is to not cover Bloomberg LP. As a result, Michael Bloomberg, the founder and majority owner of Bloomberg LP, wasn't considered for this ranking. On the Bloomberg Professional service, net worth figures of the top 200 billionaires are updated at the close of each business day.  – Bloomberg