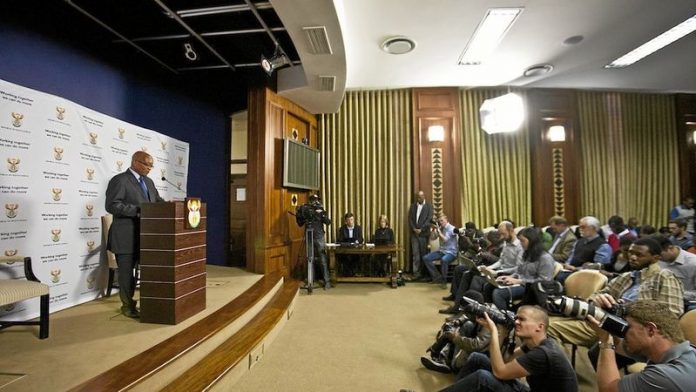 President Jacob Zuma on Monday told delegates of a joint summit of the Southern African Development Community (SADC) and the International Conference on the Great Lakes Region (ICGLR) that the decisions taken there would have consequences for Africa's future.

"Let us recognise the responsibility we carry, as regional leaders, and ensure that the decisions we take today in this summit will impact positively on our regional development programmes towards creating a better Africa and a better world," Zuma said in a speech prepared for delivery in Pretoria.

The summit would discuss solutions to problems facing the SADC and Great Lakes regions. It would also receive the United Nations Peace Framework for the Democratic Republic of Congo (DRC) and the region and consider its implementation.

"As you are aware, peace, security and stability are integral components of this agenda," he told delegates.

Zuma said that the two regions needed to work together to urgently restore peace and security.

"South Africa is always ready to work with the UN, the African Union, SADC and the ICGLR in addressing such important challenges as national reconciliation, post conflict reconstruction and development, security sector reform, disarmament, demobilisation and re-integration, as well as institutional capacity building and economic development.

"These can only be achieved if the necessary remedies are in place, to effectively deal with the continued threat posed by all insurgents groups operating within the territory of the DRC," he said.

A special mission to help Congo
African leaders went into talks on Monday to discuss the possibility of reinforcing a UN special brigade deployed in the DRC, as rebels there are forced onto the back foot.

Zuma opened the talks urging his fellow leaders "to continue to do everything we can to act together in partnership, to respond to the urgent challenges of restoring peace and stability".

Zuma is hosting leaders from some of the 15-country SADC and some of DRC's neighbours at the summit in Pretoria.

The 3 000-strong UN intervention brigade in eastern DRC is drawn from Malawi, South Africa and Tanzania. It joined 17 000 peacekeepers already deployed in the country, but it carries a special mission to help Congo's army quell the rebellions in the region.

On Monday, the brigade carried out what is believed to be its first direct combat against M23 rebels since the Congolese army began a major assault against the rebellion in late October and seized control of all of the M23 strongholds.

The army is now pursuing die-hard rebels holed up in the lush, hilly region bordering Uganda.

'Tragic history of this region'
Presidents from the DRC, Kenya, Malawi, Uganda and Zimbabwe are among those at the Pretoria meeting.

The African Union commissioner for peace and security, Smail Chergui, said the summit is "trying to write a new page in the tragic history of this region".

The SADC chairperson and Malawi's President Joyce Banda meanwhile urged the DRC government to consider returning to negotiations with the rebels "for the sake of peace in the DRC" as "military intervention alone is not enough".

Analysts said Monday's meeting is aimed at mapping out ways to completely drive out the M23 rebels.

"They think M23 is on the rocks," said Rupiya, adding that "the main agenda is to finish off" the rebels.

The UN regularly accuses neighbouring Rwanda and Uganda of covertly supporting the rebels, a claim they deny.

"The recent fighting took me by surprise," he said.

On Tuesday, South Africa is hosting a separate summit to talk about the formation of an African stand-by force to be deployed during crises. – Sapa; AFP