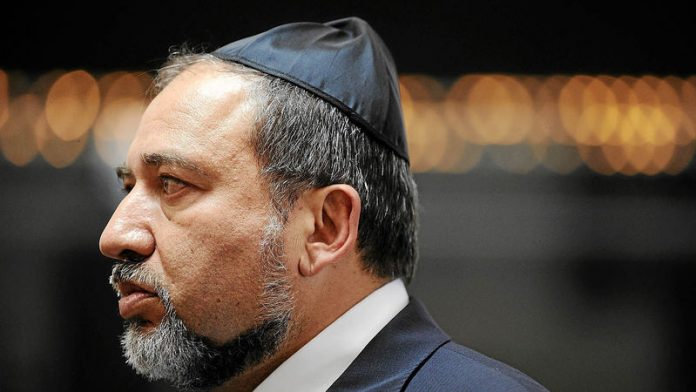 The South African Jewish Board of Deputies (SAJBD) has distanced itself from comments by former Israeli Foreign Minister Avigdor Lieberman that the South African government is creating an anti-Semitic atmosphere, which will result in pogroms against the country's Jews.

Lieberman was responding to recent comments made by South Africa's international relations minister, Maite Nkoana-Mashabane, about the country's relationship with Israel.

Responding to her comments on his Facebook page, Lieberman, who was Israel's foreign minister from 2009 to 2012, urged South African Jews to move to Israel immediately "before it is too late".

"The South African government is creating an anti-Israel and anti-Semitic atmosphere, which will result in pogroms against the country's Jews," he said.

But the SAJBD said these comments were unfounded.

"While we find minister Mashabane's comments misguided, we do not believe that this in any way will exacerbate anti-Semitic sentiment in South Africa," it said in a statement.  "Avigdor Lieberman's suggestion that this might lead to pogroms in South Africa is alarmist and inflammatory."

Michael Freeman, the deputy head of mission at the Israeli Embassy in South Africa, said he was disappointed by Nkoana-Mashabane's comments.

"We find the statements she made odd. They don't match the messages sent to us at the embassy via her staff. Our interaction with the South African government in general has been very positive.

"The minister's comments are disappointing. A one-sided message hurts South Africa as it totally misses the message that Israelis and Palestinians are sending to each other by sitting down and directly negotiating."

However, Clayson Monyela, the deputy director general of public diplomacy at the department of international relations and co-operation, said that while South Africa supported brokering a just resolution to the Palestinian-Israeli conflict, political and diplomatic interaction between South Africa and Israel was "limited, mainly due to Israel's antagonistic attitude towards the Middle East peace process and disregard for international law regarding the rights of the Palestinians and their territories".

"South Africa and Israel enjoy full, albeit at present cool, bilateral relations because of Israel's continued intransigence concerning its obligations in terms of the Middle East peace process," he said.

"The South African government has called on Israel on various occasions to abandon all settlement ­activity.

"A two-state solution to the conflict is under increasing threat as Israeli settlement activity in the West Bank continues to make the separation of both peoples into two states increasingly difficult."

Meanwhile, the Trauma Centre for Survivors of Violence and Torture has announced the termination of its relationship with multinational security company G4S, following a Boycott Divestment and Sanctions movement of South Africa campaign calling on South Africans to join an international boycott of the security company, which has also been accused of mismanaging the Mangaung prison in Bloemfontein.

In a statement explaining its decision, the centre's board members said they were concerned about "serious allegations" levelled against G4S of "complicity in the illegal incarceration and torture of Palestinians in Israel and the occupied Palestinian territories".