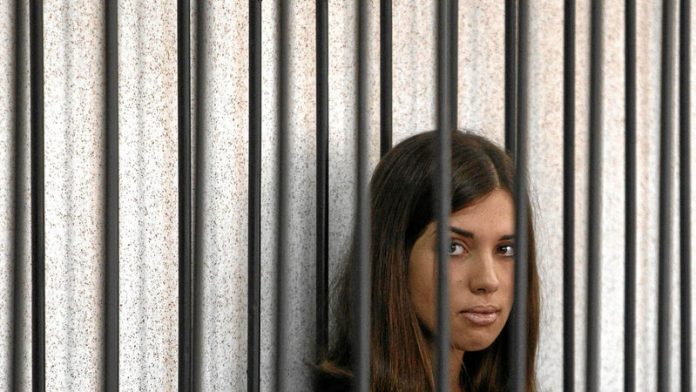 Nadezhda Tolokonnikova, one of the jailed members of the Russian punk collective Pussy Riot, is on her way to a prison colony in the heart of Siberia, according to relatives and lawyers.

Tolokonnikova's husband, Petya Verzilov, said he had received "100% reliable" information that she was being moved to a prison in the Krasnoyarsk region, 3 200km from Moscow. The specific prison is not yet known, said Verzilov, but early indications suggest that it will be Prison No 50 in Nizhny Ingash, a further 320km from the regional centre of Krasnoyarsk.

Verzilov said he believed the move was punishment for Tolokonnikova's public statements, and that a decision had been made to remove her from the media spotlight as much as possible.

"They do not have the ability to put on the usual psychological or physical pressure they can use with inmates because of the high profile of the case," he said. "So they have chosen this as the punishment instead."

Tolokonnikova was moved after going on a hunger strike over conditions in her women's prison camp, located in the region of Mordovia. In an open letter, she described a slave-like forced-labour routine, with 17-hour working days and an array of sadistic punishments. The conditions she described were reminiscent of Soviet-era Gulag literature, and sparked a huge debate both inside Russia and internationally.

Tolokonnikova (23) complained that after writing about the conditions, prison officials put her in an "information blockade". On October 21 the prison service said she was being moved from the Mordovia prison, but gave no other information, and neither Verzilov nor Tolokonnikova's lawyers have had contact with her since then.

Russia's human rights ombudsman, Vladimir Lukin, said on Tuesday that he had been told by Russian prison officials that Tolokonnikova was in a "satisfactory" state of health and was being transferred to her new prison.

According to Russian law, relatives and lawyers are not provided with any access to the prisoner or information during prison transfers, which can take days or weeks to complete by train, and are only informed after the prisoner has reached the destination.

Tolokonnikova and another member of Pussy Riot, Maria Alyokhina, are serving two-year sentences for hooliganism motivated by religious hatred for their impromptu punk performance in Moscow's main cathedral in February last year.

A third member of the group who stood trial, Yekaterina Samutsevich, was released on appeal. – © Guardian News and Media 2013