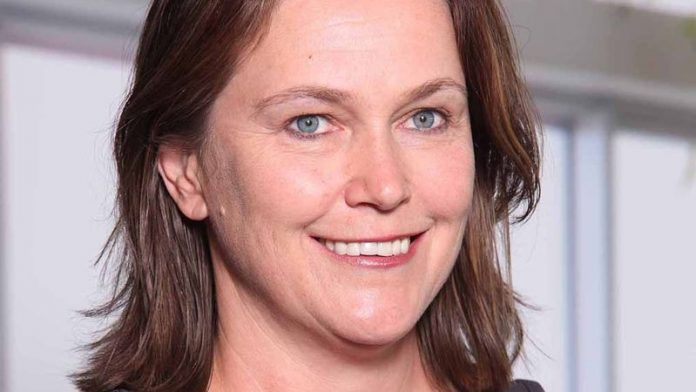 The Institute of People Management (IPM) excellence awards 2013 represented a high point for attendees to the 57th Annual IPM conference held at Sun City at the beginning of November.

The finalists were icons in the human resources (HR) industry and were chosen for this honour because of their effort, enthusiasm and dedication.

The ceremony itself was a glittering affair that saw many rise up and support the well-deserving professionals who won these prestigious awards.

“The theme of the convention was ‘Human Resources Inspiring the New Revolution’ and there is no doubt that the current environment is placing HR professionals in more complex situations and dealing with more complex relationships,” says Gill Hofmeyr, chairperson of the IPM awards committee and director of human capital at Deloitte Consulting.

“In the IPM excellence awards we have sought to recognise those candidates who have done something innovative in areas such as stakeholder relations, change management, skills development and transformation and who have met these complexities head on, and with inspirational solutions.”

In an era of competitiveness and commoditisation, which in many instances has removed price and product as factors in the business differentiation equation, there is no doubt that a significant portion of business success is due to the behaviour of each employee.

Their ability to swiftly execute a strategy, interact with others and engage with the end customer is a vital factor in the rise and fall of an organisation.

Unfortunately, in many instances there are innovative and capable people who are leaders in both the HR and general business communities, and whose efforts to attract, engage, develop, retain and inspire people have gone unnoticed outside of their sphere of influence. The IPM honours these unsung heroes at the awards for two reasons.

Innovative winners
In the chief executive category, Daphne Mashile-Nkosi, executive chairperson of Kalagadi Manganese won thanks to her personal style of people leadership and her commitment to empowering rural communities and women in leadership.

The award for HR Director of the Year was won by both Sinenhlanhla Mkhize, HR director of Sasol Group, and Thapelo Mokgatle Molapo, chairman of AMEO and vice president of HR & training for Toyota South Africa Motors.

Mkhize was given the award because of her dedication to raising the bar and leadership of a global HR community, and it was Molapo’s excellence in people practice implementation as well as his contributions to industrial relations that made him a winner in the category.

Sarvam Iyapian-Moonsamy, strategy advisor for Eskom Academy of Learning won HR Practitioner of the Year for her passion and effective leadership of a large change agenda.

Their strategy has supported labour stability on the mega-project sites of Medupi and Kusile in the long term and offers extraordinary insight and learning to other multi-party discussions.

“These people are the leaders of the HR revolution, pioneers and frame breakers who lead the way with innovative and excellent people programmes and practices,” says Hofmeyr.

“They will, through these awards, now be recognised for what they have achieved and have the opportunity to share their insights and best practices with others, and at future IPM events throughout the next few years.”

‘Excellence is never an accident’
The IPM has a dedicated awards committee that has worked tirelessly throughout the year to define the awards categories and the criteria associated with them.

In addition, they have firmed up the nomination and adjudication processes and conducted the latter through reviewing nominations, shortlisting and then interviewing the shortlisted candidates.

The committee consisted of an impressive list of HR practitioners, chief executives and experts who ensured that the judging was both fair and rigorous.

In addition, it boasted the talents and expertise of Rahab Mononyane, managing director and head of consulting services at Mapitsi Holdings, Keith Pietersen, tax manager at South African Institute of Professional Accountants, Adehlha Rhoda, HR director at the Merck Group and Simon Tankard, chief executive of the University of KwaZulu-Natal’s extended learning.

Rounding off the list is Tanya van Lill, associate director for executive education at the Gordon Institute of Business Science (GIBS) and Victoria Ward, resources executive at Merchants — a Dimension Data Company.

“Aristotle said that ‘Excellence is never an accident. It is always the result of high intention, sincere effort and intelligent execution; it represents the wise choice of many alternatives — choice, not chance, and determines your destiny’.

“The people we have recognised in this year’s awards, we feel sure have exercised just such intention, effort, wise execution and choice in achieving their successes,” says Litheko.

For many of those selected to move through this process and be shortlisted as a potential candidate for this prestigious award it is a humbling and inspiring experience.

These hardworking individuals have been noticed and recognised by their peers and it is a landmark in their careers and lives.

“We would like to extend our heartfelt appreciation to all those who participated in the 2013 IPM excellence awards,” says says Litheko.

“There has been a consistent increase in the quality of these awards and, after the roaring success of this year’s event, I know we are all looking forward to the 2014 awards.

“The candidates are sure to be as exciting, challenging and inspiring as those who were nominated in 2013.”

The winners not only received the accolades of their peers, they were also treated to a night’s free accommodation at Sun City so they could attend the gala dinner at which the winners were announced.

In addition, they will be profiled in the People Dynamics magazine and attend a programme at GIBS on a complimentary basis.

“There is no doubt that the current environment in which HR delivers value is increasingly complicated with HR getting involved in stakeholder relationships internally and externally and with organised labour, community organisations and even consumers,” says Hofmeyr.

“They are leading in a paradox where talent shortages in critical workforce segments is neck and neck as a priority with the pressure to create and retain jobs as a societal priority.

“This conference and these awards are a vital part of the HR community agenda because they provide us all with an opportunity to learn from the best as they combine both thought leadership and practical case studies.

“This is a smorgasbord of learning opportunities and the winners are chosen because they can lead in this learning.”

The importance of people
How much of your business success is predicated on the behaviour of the people in your organisation, good or bad?

The importance of people cannot be underestimated and those who have stepped up to achieve recognition through the IPM excellence awards are those who recognise the value in human capital.

The people agenda is vital to the South African economy and this conference lifts the game of HR practitioners who have the power to play a direct role in how their organisations run their people.

“In all its activities and programmes, IPM’s intention is to bring thought leadership to the HR and business communities,” says Litheko.

“In the South African context, social cohesion is one of the objectives of the national development plan and we need it at a much higher level if this country is going to advance and achieve what we would like it to. This HR revolution is about social cohesion and creating the glue that will bind a nation, and create workplaces that are characterised by harmony between employers and employees.

“These winners have worked hard to achieve such goals and to bring about such harmony and they were nominated by their peers for this passion and dedication to their craft, their fields of expertise. Congratulations to you all.”

This article forms part of a supplement paid for by the Institute of People Management. Contents and photographs were supplied and signed off by the institute

A history of people development