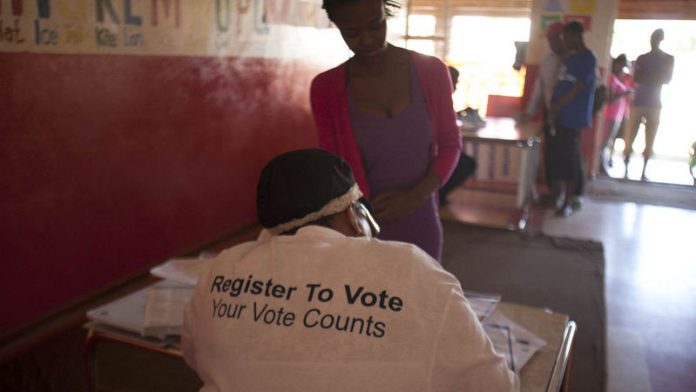 South African citizens who qualify to vote will still be able to register before the 2014 general election, the Independent Electoral Commission (IEC) said on Sunday.

"The IEC will continue to provide opportunities for South African citizens … to have their names included in the National Common Voter's Roll until the date of the proclamation of the election," IEC Western Cape spokesperson Trevor Davids said in a statement.

The IEC said it would continue to encourage young people to register. Registration would be done at IEC offices during working hours.

Registration went smoothly over the weekend although some centres were disturbed on Saturday. Sporadic protests affected Bekkersdal in Gauteng, Sterkspruit in the Eastern Cape, Malamulele in Limpopo, and the Joe Morolong municipality in the Northern Cape.

"Initial trends also point to a relatively high turnout by young people, with up to 75% of new registrations being people under 30-years."

The commission said registration centres in Gauteng, KwaZulu-Natal and Western Cape had received the most visits.

The ANC Gauteng branch said it was impressed with the voter registration process and the turnout.

"The response of the residents of Gauteng to this weekend's voter registration confirms that South Africa's young democracy is maturing," it said in a statement.

"This maturity provides the clearest indication that the voters roll is set to increase in the 2014 general elections with younger voters coming on board." – Sapa