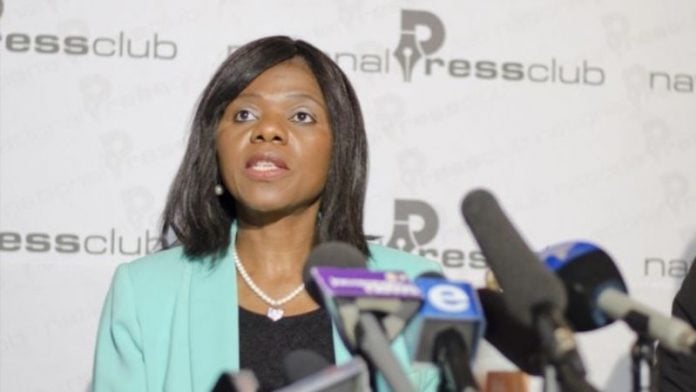 Public protector Thuli Madonsela used that word almost in passing in a statement on Monday, right alongside "unlawful", to describe the actions by Cabinet ministers tasked with security.

It is a strong word to use in a constitutional democracy, especially when used in reference to those who direct the guns and spies intended to safeguard the country, and its Constitution. That those men (and they are all men, creating the stark picture of a lone woman standing up to a group of men) could act in any way that is not constitutional is a chilling thought.

That she feels her independence is under threat was revealed in her statement: "The public protector will clarify in detail in court papers why she believes the security cluster's request is unlawful, unconstitutional and violates the independence of her office," her office said.

And that is all the more worrying given the recent history of the National Prosecuting Authority, the Scorpions, and the police crime intelligence division, in cases not entirely dissimilar.

'Dirty laundry'
There was a time, not so long ago, when this newspaper referred to the office of the former public protector as the great laundromat of government: dirty laundry went in and came out, post-"investigation", white as snow.

This is not the office of Madonsela. Her investigations and reports have been a thorn in many a government departments' side, her findings direct and often deeply politically embarrassing, even in non-election years.

Now, as a result of trying to push to finalise a report that has been too long in the making, Madonsela finds herself – and her office – under fire. She is standing her ground, but whether she can continue to do so may depend on the support she finds from the public and Parliament.

That she is a darling of the public is indisputable; many see her has a tireless crusader against corruption and for the rights of ordinary people, and rightly so. Parliament is another matter entirely. It is an institution that has shown very little sign of a backbone for many years now.

The public protector's office, by its very nature, often investigates the actions of the executive government. That is not the process of some kind of evolution, but was clearly anticipated when it was created, hence the no-nonsense protections built into the office.

Constitution
The Constitution is clear: Madonsela is "subject only to the Constitution and the law", other branches of government must "assist and protect" chapter nine institutions such as her office not only its duties, but to ensure their "independence, impartiality, dignity and effectiveness".

There are no exceptions, no loopholes, no caveats. There is no mention of security-sensitive information, or an over-reaching application of apartheid-era laws such as the National Key Points Act. Ministers in the security cluster may have a duty to protect the physical safety of the president, or to encourage Madonsela not to inadvertently break the law, but their higher duty is not in question. First and foremost they must ensure that, in the words of the Constitution again, nothing "may interfere with the functioning" of the public protector.

By no stretch of the imagination is that what the security cluster ministers have done in the past several days. They have, instead, threatened Madonsela with criminal sanction. They accused her of unlawfulness, told a court she was acting unreasonably, and said she was threatening state security.

They have demanded the right to vet a provisional report into the hundreds of millions of rands spent on the president's private homestead in Nkandla – and want the right to redact the final report too. They have, in short, tried to create a whole series of extremely dangerous precedents.

As it stands, according to the ministers, the report contains "a plethora of breaches of state security", which the ministers should be allowed to bring to the public protector's attention so that she can delete the offending bits.

Bulwark
And the cluster is clear that it will not let Madonsela have the final say should she disagree with the ministers on what constitutes such security breaches. Madonsela's interpretation of the cluster's court challenge is this:

" … the security cluster says it has a right to a provisional report and the other being that the court papers are in effect asking for an extension that goes beyond the 10 working days requested in the two letters to her.

In opposing those efforts, thoughtfully but implacably, Madonsela is truly living up to the name of her office. In this, she is protecting not only the public but standing as bulwark against an assault on the Constitution.