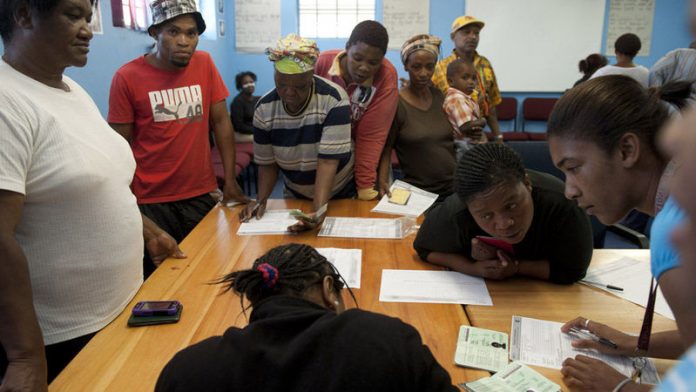 Security at voting stations is not only the responsibility of the Independent Electoral Commission (IEC), deputy chairperson Terry Tselane said on Tuesday.

"The political parties and communities [also] have a responsibility of ensuring that they are able to contain the issues that are emerging from the community," Tselane told reporters in Centurion.

He spoke out after seven voting stations were temporarily closed in Bekkersdal, on the West Rand, at the weekend after violence on the first day of voter registration.

A mob reportedly torched a municipal building, barricaded roads and intimidated residents trying to register to vote in next year's general election.

Violent protests erupted in the township several weeks ago, with people demanding better service delivery and the removal of their mayor.

Tselane said it was up to political parties to ensure that tensions were resolved before people attempted to register and vote.

"The challenges in these areas were related to service delivery and these were not challenges generated by the IEC," he said.

The IEC had a target of two million new registrations before the 2014 elections.

"We have not done badly because we have reached the 50% mark. We still have one million first-time voters to go', said Tlakula.

"The end result was a smooth and efficient registration process in which 2 512 219 were assisted at the country's 22 263 registration stations."

Tlakula said overall registration levels were boosted to almost 77% of eligible voters from 73.6 % and that 1.17-million people changed their existing voting station registration.

'A lot of work to do'
She said the number of people aged between 18 to 19 years registering was still a problem, despite an increase. Over 80% of all new registrations were young people, she said.

"We still have a lot of work to do when it comes to young people," Tlakula said.

KwaZulu-Natal had the highest number of people registering, followed by Gauteng, the Eastern Cape, and the Western Cape. – Sapa