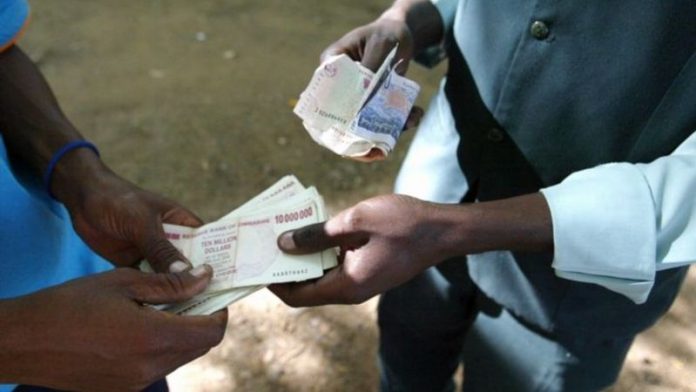 A new poll of Africans in 34 countries across the continent finds that nearly one-third of people have been forced to pay bribes including for medical treatment, according to a report released on Wednesday.

The Afrobarometer survey also found it was often the poorest citizens in each country who bore the brunt of efforts to shake down people for money at health clinics and hospitals.

The West African nation of Sierra Leone fared the worst overall when it came to bribes, with 63% of respondents saying they'd paid up at least once in the previous year.

Morocco and Guinea came next, each with 57%.

Medical treatment was the second most common reason cited after paying off officials to obtain a document or permit, said Richard Houessou, who headed the Afrobarometer project in French-speaking Africa.

The problem of medical bribes was the worst in Uganda at 46%, Swaziland at 41% and Niger with 40%.

Corruption
The survey also found that more than half of the people polled were dissatisfied with their governments' efforts to battle corruption.

Nigerians gave the worst ratings to their government on its efforts to battle graft. Some 82% there said the government was doing fairly or very badly.

Other dissatisfied citizens were in Egypt, Zimbabwe and Uganda.

Pollsters with the Afrobarometer project conducted 51 000 face-to-face interviews across Africa between October 2011 and June 2013.

The country selected 34 countries to survey but did not include many in Central Africa, leaving out Congo, Chad, the Central African Republic and Gabon. – Sapa-AP

Despite 6 300 ANC cadres working in government, the party’s integrity committee has done little to deal with its accused members
Read more
Politics

Learning from its failure to turn the Schabir Shaik conviction into one for Jacob Zuma, the state is now building an effective system for catching thieves. Khaya Koko, Sabelo Skiti and Paddy Harper take a look behind the scenes at how law enforcement agencies have started creating consequences for the corrupt
Read more
Coronavirus

Q&A Sessions: Kimi Makwetu on when you hear the money ‘crying out for help’

The smoke signal comes from irregular expenditure and over the past seven years, there has been about R1.65-billion of it. Auditor general Kimi Makwetu tells Athandiwe Saba that this is when the squandered money cries for help
Read more
Advertising