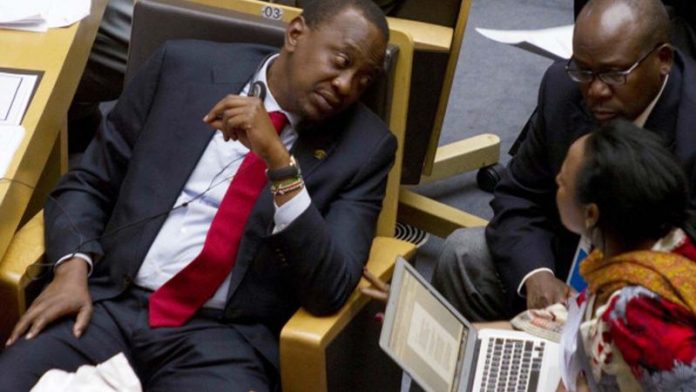 The UN Security Council will vote on Friday on an African call for the International Criminal Court trial of Kenyan leaders to be suspended for a year, diplomats said.

Rwanda's UN envoy Eugene Richard Gasana told reporters after Security Council talks that African states were pressing for a vote this week on their draft resolution.

Rwandan deputy ambassador Olivier Nduhungirehe later said there would be a vote on Friday on a resolution calling for crimes against humanity charges against President Uhuru Kenyatta and Vice-President William Ruto to be deferred for one year.

European nations say they are confident however that the resolution does not have sufficient support on the 15-nation council to be passed.

Kenyatta and Ruto are accused of masterminding political violence following a bitterly contested 2007 presidential election in which at least 1 100 people died.

Both took office earlier this year. Some African leaders say Kenyatta and Ruto should be left to concentrate on the battle to stop instability in Somalia spreading to other nations.

'Security and counter-terrorism'
Rwanda has pressed the case as one of Africa's three temporary members of the Security Council.

Council resolutions need the backing of nine members to pass. As seven of the 15 current members are also ICC signatories, opponents of the African campaign are confident it will fail.

Diplomats say opponents are worried that allowing a deferral now would be a dangerous precedent to set for other government leaders who might seek to avoid the ICC.

But in growing recognition that some kind of gesture needs to be made towards African demands, ICC members will debate making trial conditions easier for defendants such as Kenyatta at their annual assembly next week.

China and Russia, opponents of the ICC, have backed the African case in Security Council talks.

China's UN ambassador, Liu Jieyi, who is the Security Council president for November said there had been intensive talks on the case in a closed meeting.

"The members attach importance to concerns of the African countries. They see the role played by Kenya in peace and security and counter-terrorism," Liu told reporters after the meeting.

But Liu acknowledged that there was no agreement on the draft resolution and that other ways for the Security Council to act were being sought. – AFP