Shembe church opts for fake skins to save leopards 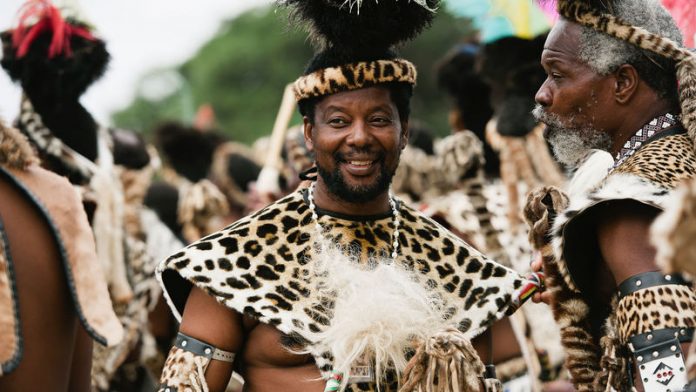 It said this would be done in the interest of preserving South Africa's leopard population.

DHL and a United States-based organisation, Panthera, had agreed to ship the faux leopard skins to South Africa free of charge, DHL spokesperson Anita Gupta said in a statement.

Shembe elder and legal adviser Lizwi Ncwane said he had experienced first-hand how receptive his community was to the fake skins.

"Not only do they look and feel like real leopard skins, they also last longer," he said.

"We're grateful that Panthera has worked with us in finding a solution that interweaves the conservation of leopards with the customs of the Shembe."

"On behalf of Panthera, DHL will be shipping on a pro-bono basis faux leopard skins from manufacturers in China to South Africa, under a contract that extends to May 2015," Gupta said.

Panthera president Luke Hunter said 2 000 skins had already been shipped to the country.

"The Shembe have shown they are willing to embrace the use of our high-quality alternatives to real leopard skin – that translates to 2 000 leopards saved from poachers. We could only have made such major strides in conserving the magnificent leopard with the co-operation of the Shembe and the support of DHL."

Leopard skins had become customary ceremonial attire worn by the over 5-million members of the Shembe church, Gupta said.

The skins were used as ceremonial and religious dress by Zulu royalty and chiefs, symbolising beauty, power and prestige.

Over 1 000 skins were worn at a single Shembe gathering.

"Although many skins are old and are passed down from generation to generation, many new ones are a result of poaching, leading to shrinking leopard numbers," Gupta said. – Sapa