Vodacom, Naspers partnership may mean more TV on your smartphone 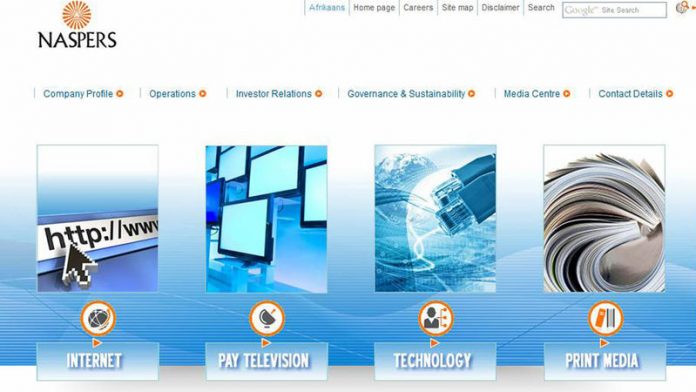 Vodacom Group, the wireless operator with the most subscribers in South Africa, is in discussions with Naspers about access to its television content, according to a person familiar with the matter.

The talks, which are at an early stage, may lead to Vodacom using content from Multichoice, to offer to users of its phone and internet network, said the person, who asked not to be identified because the talks are private.

Naspers operates satellite television in South Africa and 48 countries on the continent, making the Cape Town-based company the dominant provider of pay-TV in sub-Saharan Africa.

"With connection speeds rising and data prices continuing to fall, the delivery of music and video content via mobile is becoming increasingly viable," Vodacom spokesperson Richard Boorman said by email. "We’re exploring a number of opportunities along these lines but it’s too early to comment in detail."

Meloy Horn, a spokesperson for Naspers, declined to comment when contacted by phone. The company, which is expanding its own internet business across the world, said on June 25 that full-year sales rose 27% to R50.2-billion.

"If you want to take a step to personalised TV, possibly there is a way of utilising a smartphone or device to distribute content over," Fredrik Jejdling, head of sub-Saharan Africa for Stockholm-based Ericsson, said. "A smartphone is the most desirable consumer device in Africa."

Vodacom said on September 30 it’s in exclusive talks to acquire internet provider Neotel, a unit of Tata Communications, in a deal that will give the Johannesburg-based company access to business customers as well as households. Vodacom plans to invest in the combined entity to provide high-speed connectivity, it said at the time.

The company, 65% owned by Newbury, England-based Vodafone, plans to use cash from its parent’s sale of a stake in Verizon Wireless to boost investment in its Africa network, it said on November 11. Vodacom plans to spend as much as 17% of its revenue on capital expenditure in the medium term, up from 13% in 2013, it said.

Speed and coverage
Vodafone said on Tuesday it would invest £7-billion on improving network speed and coverage as part of its "Project Spring" venture by March 2016. Vodacom shares advanced 1% to R119.68 on Wednesday, having gained 3.3% on Tuesday, the most in four months.

"It makes good sense for mobile operators to engage the content owners to obtain and deliver such content," Steven Ambrose, chief executive officer of telecommunications advisory company Strategy Worx, said by email. "Video content will become a major component of data consumption. Unlike many developed markets mobile is where this will happen in South Africa and Africa. We expect more such deals."

South Africa remains one of the world’s stragglers in internet access, with average broadband speeds lagging behind smaller economies including Greenland and Azerbaijan, according to broadband statistics website netindex.com. Vodacom’s data revenue growth in Africa’s biggest economy rose 21% in the six months through September, outpacing a total sales increase of 6.6%. – Bloomberg