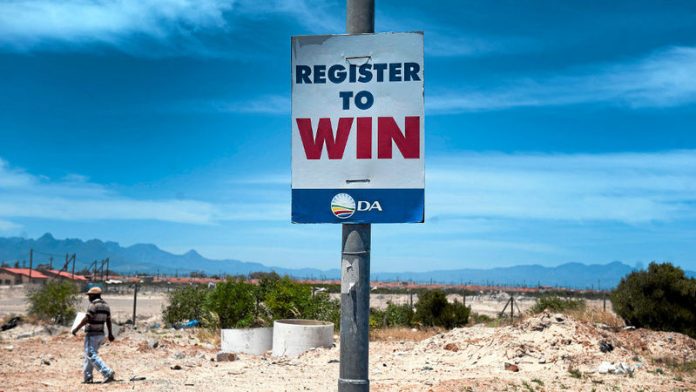 The end of November ­usually marks the start of the winding-down season for many companies and institutions. Employers finalise leave for workers for the festive season, parents makes plans for the school holidays, year-end functions are the order of the day and journalists generally experience a dry news season. Our migrant parliamentarians also repair back to the bundus and alternative city lights.

But, for politicians and the media, this end-of-year period might buck the trend. MPs were unusually hard at work this week, with sittings that started promptly early in the morning and ended at 9pm.

As indicated, this was contrary to the norm. It showed the ruling party's desire to wrap up the legislation it will need as part of its campaign for next year's elections.

Other events that point to more drama and comic relief during what is traditionally a slow period for the media include ANC deputy president Cyril Ramaphosa being shunned – or not, depending on the spin – in his home province of Limpopo, and whether he should have said that the country would return to "the Boers" if people did not vote for the ANC.

Another situation that promises some interesting events is the unravelling of the Democratic Alliance. For years the DA has taken full advantage of the ANC's various internal succession battles. The DA not only enjoyed the spectacle of the party tearing itself apart, but also sometimes even dared pronounce on its preferred choice of ANC leader.

Now the inevitable wheels of history have caught up with the DA. All the internal contradictions it has bottled up for a long time, to present a façade of unity against the ANC, are coming to the fore. For all the professed non-racial outlook of the party, it was surely asking a bit much of a black MP to attack a Bill aimed at redressing racially determined economic imbalances.

The DA leadership has strongly criticised its representative on labour, MP Sej Motau, for not opposing the Employment Equity Amendment Bill, and he has been removed from that portfolio. But he has remained unapologetic. Quite rightly so.

It has been fascinating to see how this debate has resurrected the old conservatives in the DA who have little concern for Helen Zille's plan to build the party into one that can appeal to the broader majority.

An old liberal, RW Johnson, came out of obscurity to speak in contemptuous and condescending tones about the DA's black leaders, including Lindiwe Mazibuko, Mmusi Maimane and Wilmot James.

Writing on PoliticsWeb, Johnson had only scorn for the DA's two rising stars, Mazibuko and Maimane, stating his belief that if either of them were to be elected to lead the party, they would "sink" it.

Johnson believes they are both too young (he notes that Mazibuko was only 10 years old when Nelson Mandela was released from prison) and implies that if either won the top leadership position it would not be on merit.

Shocking as I find this kind of thinking, I am, however, glad that someone such as Johnson is at least articulating publicly what we know to be the thinking of many within DA circles.

There is no denying that many of the old, racist National Party members and leaders have not simply vanished into thin air, they are right there in the DA, co-existing uncomfortably with the likes of Maimane.

It was long overdue that these tensions should surface but, unfortunately for the DA, they have emerged a few months before a national election, when the party needs to project a united front.

At the same time, our holiday slow season is being denied by the ANC fighting tooth and nail to ensure that the public protector's Nkandla report, which could be damaging to its president, is "handled" before it is released to the public.

Also mindful of the approaching election, the ANC's leadership has stepped up its public criticism of the public protector, while, at the same time, its ministers are trying to tinker with the report under the guise of removing "security sensitive" information.

I will not moan about the delay of our rest time, though. The silly season in politics helps give us a better sense of how our leaders acquit themselves under pressure.