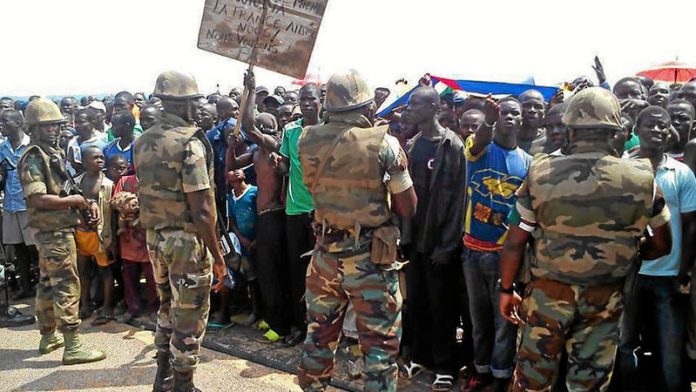 The Central African ­Republic (CAR) is having a hard time staying below the radar these days. Incidents of violence are reported on a daily basis from virtually all parts of the country. The lack of control President Michel ­Djotodia has over the rebel alliance called Seleka – which brought him to power – is behind the current reign of terror. What fuels that terror and how to stop it is part of the debate held at the United Nations, the African Union and elsewhere.

At Emperors Palace near Johannesburg next week, signatories to the Kimberley Process on conflict diamonds will discuss, among other things, whether diamonds are helping to keep Seleka armed.

At a workshop on the Kimberley Process in Pretoria this week, Congolese human rights activist Claude Kabemba argued that blaming the CAR's trouble on diamonds was a red herring.

Diamonds have always fuelled corruption in the CAR, but the little stones are far from the country's biggest problem.

Last week, the International Contact Group for the Central African Republic gathered in the country's capital, Bangui. Made up of government representatives and regional and financial organisations, delegates discussed whether any ­progress had been made in restoring stability and what steps were ­necessary to return to some form of constitutional order.

The group was established after Djotodia and Seleka ousted President François Bozizé in a military coup in March. Congolese President Denis Sassou-Nguesso is the chief mediator and the regional leader tasked with trying to persuade Djotodia to respect a regionally-negotiated timetable aimed at moving the country towards elections.

To-do list
Although observers say Sassou-Nguesso is losing patience with Djotodia, one item was checked off the to-do list – an electoral code was adopted, paving the way for elections, expected in February 2015.

If it is followed, Djotodia, his prime minister, Nicolas Tiangaye, and the rest of the current transitional administration will have no place in the new government. They are all required to step down. The new code allows for the next president to be elected for a five-year term, with the possibility of one five-year renewal.

February 2015 is still a long way off in a country at war with itself. Putting money on the remnants of the former Seleka rebels being in power, then, is a risky bet when the majority of Central Africans would like nothing better than to see Djotodia and his followers go back to where they came from – in most cases the extreme north-east of the country as well as Chad and Sudan.

The sustainability of the current regime in Bangui depends to a large extent on the support it gets from external sources and whether regional peacekeeping forces in place in the CAR manage to keep belligerent parties away from each other until after the elections.

An election campaign is one of the last things most people in the CAR are thinking about right now, but that is changing. According to the electoral code, political parties have until November 20 to register to become part of the new National Electoral Authority

There are two main challengers waiting, not very quietly, in the wings, to fill what they hope will be the void left by the departing transitional council. One is what is left of Bozizé's party, Kwa Na Kwa (National Convergence).

Representing subsistence
Pro-Bozizé areas have born the brunt of the violence by Seleka this year. This has created a certain amount of nostalgia for the former president, but not enough to make him a favourite and put him back in the presidential palace.

A new player on the scene is Mouvement Kité, meaning Challenge, in the local language. Kité is a group representing subsistence farmers headed by Pascal Bida Koyagbele.

Subsistence farmers living in rural areas make up the bulk of the CAR's population. Koyagbele told the Mail & Guardian that they decided to organise and create a political entity in an effort to reverse the downward spiral of violence.

"Rural areas are the hardest hit by Seleka. Eighty-five percent of our crops have been looted and burnt and more than a million farmers are hiding in the forests or taking refuge in churches."

Religious vengeance
Mouvement Kité's calls for Djotodia and the rest of his administration to step down echo recommendations made in reports by international human rights organisations. Koyagbele believes the CAR should set up a temporary justice system along the lines of the Gacaca courts used in Rwanda after the 1994 genocide, arguing that judging those accused of committing crimes against fellow citizens will help bridge the growing religious divide.

The CAR is being compared a lot to Somalia these days – a failed state, ruled by out of control warlords and, increasingly, with an ­element of religious vengeance.

Djotodia entered Bangui in March, followed by several thousand predominantly Muslim rebels, bolstered by mercenaries from Chad and Sudan. They had legitimate complaints against the regime they toppled. The northeast of the country, from which most Seleka rebels originate, has at best been ignored by Bangui and, at worst, has suffered campaigns of violence levelled against it by, most recently, forces controlled by Bozizé while he was in power. However, increasingly, the lack of discipline and control from all quarters has pitted the rebels against the Christian majority.

Local residents can be forgiven if they have little, if any, confidence in peacekeepers helping to improve their lot in life. There are few countries in the world that have hosted more peacekeeping missions than the Central African Republic. The current regional-led mission, Fomac, is in the process of being turned into an African Union-led force which, in turn, may become a United Nations peacekeeping operation. It has all been done before and it has not worked.

A sustainable solution requires buy-in from the locals. More initiatives along the lines of Mouvement Kité could be the kind of new thinking required to make a difference. The challenge is enormous. More and more details about the scale of the violence and generalised insecurity are emerging. The United Nations Children's Fund this week called on the transitional government under Djotodia to investigate the killing of children, especially in and around the northwestern towns of Bossangoa and Bouar.

Last week, it was Amnesty International's turn to provide horrific statistics detailing cases of murder, rape, recruitment of child soldiers, and attacks on humanitarian workers. Amnesty supplemented its report with satellite images providing proof of hundreds of homes burnt to the ground in clashes between former Seleka rebels and local militias in Bouca, also in the northwest.

Nine countries will go to the polls this year, but most will be held amid violence and suppression
Read more
Africa

To really silence the guns, the AU’s resolve must be stronger

Conflict in Africa — and the world — is on the rise. The continent needs to take concrete measures to stop the escalating violence
Read more
Advertising
Continue to the category
Politics