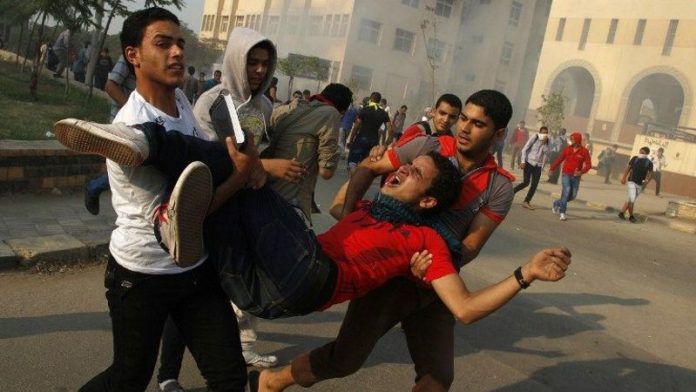 The protesters were convicted by an Egyptian court of attacking the headquarters of the Islamic Al-Azhar institution during a demonstration, the official Mena news agency reported on Wednesday.

The men were arrested after protesters in October tried to storm al-Azhar's offices, which supported the military's overthrow of Morsi.

Morsi's Muslim Brotherhood movement said on its website all those sentenced were students at al-Azhar's university.

More than 1 000 people, most of them Morsi's supporters, have been killed in clashes with police since his overthrow in July.

Thousands have been arrested, with many going to trial.

On trial
Morsi himself is on trial for alleged involvement in the killings of opposition protesters outside his palace. He has claimed he was kidnapped by the Republican Guard the day before the army announced his removal.

He is to stand trial with 14 other defendants, including former presidential aides and senior Muslim Brotherhood members.

The crackdown has severely restricted the movement's ability to mobilise, but its supporters still hold daily protests to demand Morsi be reinstated. –  AFP