From a Place of Blackness: Throwing the book at empty interracial dialogue 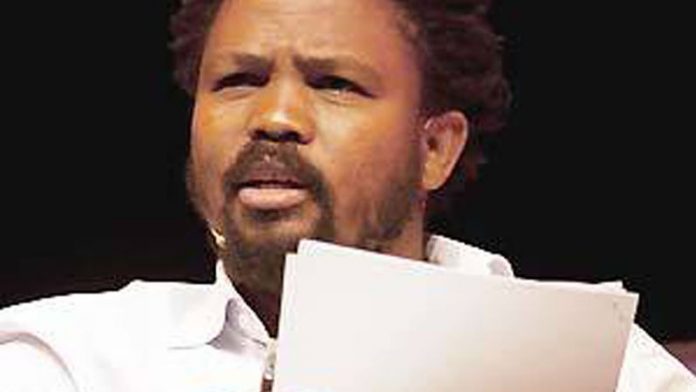 From a Place of Blackness is not a book. Its free-floating screams collide with no satisfactory results. Nevertheless, it's a book much needed in our society.

This non-book is based on almost three years of exchanges between myself (a self-declared black consciousness radical) and Aryan Kaganof (a black-loving white man), with whom I have formed something approximating an authentic friendship.

Kaganof, like so many white progressives, believed that he was on the side of the blacks against the brutal white power of his white group. At the end of the book, he seems to accept a bitter truth: there can be no true friendship between black and white. In all the instances where such friendships have been struck, it's a case of one-way traffic to the benefit of the white.

Arriving at Steve Biko, through his chief influence, Frantz Fanon, we are forced to make an uncomfortable admission: any honest discussion of racism must necessarily lead to the end of dialogue.

Our book dramatises this fact. There is a sense in which any interracial dialogue on race must be framed as a failure. Yet, in a country built on the lofty idea of "dialogue", which forms false brotherhoods between black and white, we engage in an endless and meaningless discussion of racism.

This year, the "anti-racism" industry has developed rapidly, a development in which white anti-racism activists reaped the material and psychological wages of whiteness.

As Biko warned, they are both the instigators and the beneficiaries of racism. For us blacks, there is no language to speak intelligibly against the normalised white violence that, at times, is even expressed as a commitment to our common humanity.

The correspondence between Kaganof and myself is caught in the impossibility of reconciliation. A kind of impossibility that is light-hearted and honest, a travel sketch of our ever-present discomfort, he sealed in his whiteness, me in my blackness. What appears sometimes to be a convergence of ideas leaves each on either side of a split society, fraught with exhaustion, never quite being able to speak to each other.

The reader enters a self-reflective confrontation, encouraged to be frustrated and enthralled by an Afro-pessimistic position not widely held. More importantly, the reader is encouraged to question his or her own position of solidarity with the reproduction of racism.

From a Place of Blackness speaks about the failure of good race relations in a racist society. The hope is that this apparent book will subvert the perpetual insistence on empty dialogue in which speech is celebrated because it is all we have left.