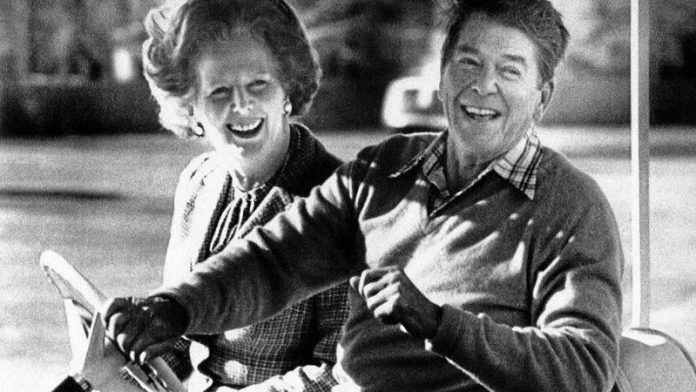 In a country – and on a continent – where the people are fed up with poverty and poor service delivery, their anger constantly spilling over into violent protest, the first thought might not be to send the intellectuals to the barricades.

But, argues Issa Shivji, that is exactly where they need to go.

Shivji, a leading academic, prolific writer and activist, who is vacating the Mwalimu Julius Nyerere chair at the University of Dar es Salaam in Tanzania, does not use the term intellectual in the popular sense, which is "one of elitism; people who work with brains and are fascinated by ideas, fancy words, most of the time incomprehensible".

Instead, he prefers the description of the American Marxist economist Paul Baran: "He is committed to advance human society, to make it better, rational and work towards a social order that is both humane and fulfilling. In short, he is a progressive individual and ruthless and fearless critic of the status quo."

Last month, Shivji was the speaker at a seminar , "Reviving African intellectualism in the context of neoliberalism", organised by the educational nongovernmental organisation Khanya College as part of the Jozi Book Fair. He spoke via Skype.

The first, he says, is the nationalist generation around the time of African independence and national liberation, including Tanzania's first president Nyerere and his Ghanaian counterpart, Kwame Nkrumah. Inspired by Pan-Africanism, their goal was to "get out of the humiliation and indignity of being ruled by a foreign power".

Shivji himself is part of the second generation, who came of age politically in the post-independence period in the late 1960s, "matured and nurtured in the time of the civil rights movement in the US, the Vietnam War, Cuban revolution, student movements in Europe and African liberation wars".

"They were mostly university intelligentsia, involved in student politics and expounding various forms of socialism and radical leftist ideologies," he says.

But they were alienated from the masses, underestimating the force of nationalism and wanting to make a leap to social emancipation.

The third generation, and here Shivji's tone becomes heated, is the group who emerged during neoliberalism, the conservative economic policy adopted by British prime minister Margaret Thatcher in 1979 and US president Ronald Reagan in 1980.

"Africa came under a vicious ideological onslaught. Economies were devastated with structural adjustment programmes wiping out the gains of the nationalist period, however limited … Exploiters became development partners."

We need to take stock of the past 50 years of independence, says Shivji.

Webster, also an activist, a Univer­sity of the Witwatersrand academic and director of the Chris Hani Institute, does look the kindly professor with his grey hair and slightly loose-fitting suit. But he speaks with energy, his shirt sleeves rolled up and one finger jabbing the air.

What he likes about Shivji's argument, he says, is its optimism. "It's the idea that there could be a revival of the left in this state of cynicism – the trendy cynicism of the ex-left.

"We have seen, in recent years, the emergence in South Africa of what could be called post-power radicals, highly principled anti-apartheid leaders who have served in government, who are now deeply critical of the way our government has embraced key tenets of neoliberalism," Webster says.

An audience member asks about the role of the university. "Now that we have full-scale corporatisation of the universities, their intellectualism has become commodified."

The corporatisation of universities, Webster agrees, "takes away from the important thing: the need for intellectuals to connect with working people".

"I don't think it's helpful to describe neoliberalism as a single moment; it's being made to carry too much weight," he tells me in a phone interview. "It gets blamed for too many things."

Neoliberalism is used to describe very different moments and processes in our recent history, he says. The influence of Thatcherism led the apartheid government to "abandon its role as the demiurge of the economy", which resulted in the decay of state institutions and infrastructure.

"The ANC was given a bankrupt state. Their neoliberalism was accidental. They're desperately trying to fix that, to push state-supported infrastructure into the countryside."

Breckenridge does not think that the ANC has abandoned the poor.

"There's been an extraordinary transfer of resources from rich to poor over the last 10 years, even though most people experience it as excruciatingly inadequate.

"The poor have always been in appalling circumstances, necessitating protest. The point of the protests is not just protest itself. It's that systems of representation are broken."

He doesn't believe intellectuals have lost touch with workers either. "We have very strong links between universities and workers, especially compared to other countries. It might not be as strong as it was but it's certainly not the case that intellectuals have abandoned workers."

But there's a caveat: intellectual life needs to be nurtured, he says. "Nigeria's public universities have been on strike since July. There are lots of very, very good African intellectuals but almost none of them live on the continent because universities aren't protected."

He refers to a 2012 New York Times article on Philip Altbach's Paying the Professoriat, which compares academics' salaries at publicly funded universities in 28 countries, using a purchasing power parity index. South Africa is ranked third in the world in terms of paying its professors.

If the voiceless resort to violence because those intended to speak for them are failing, perhaps a revival of "committed intellectualism" is necessary. But, as Webster says, it is not only an intellectual task, and first we need a climate that will sustain intellectualism on the continent.

Who are Africa's greatest living intellectuals? Here are five of them:

Wole Soyinka (Nigeria), playwright and poet, born 1934
Soyinka, an outspoken critic of authoritarian regimes, was imprisoned during the Nigerian civil war in 1967. He was awarded the Nobel Prize for literature in 1986. For the past few decades, he has lived mostly in the United States. He is professor in residence at the Loyola Marymount University in Los Angeles.

<strong>Ngugi wa Thiong'o (Kenya), writer, born 1938</strong>
Writing in English and latterly in Gikuyu, he was imprisoned by the Kenyan regime in 1977. He was released after being adopted as an Amnesty International prisoner of conscience and fled from Kenya to the US, where he has taught at Yale, New York University and the University of California, Irving.

<strong>Mahmood Mamdani (Uganda), academic and political commentator, born 1946</strong>
He was expelled from Uganda by Idi Amin in 1972 because of his Indian ethnicity. He now lives in both Uganda and the US. He is director of the Makerere Institute of Social Research in Kampala and the Herbert Lehman professor of government at Columbia University.

<strong>JM Coetzee (South Africa), writer, born 1940</strong>
An outspoken critic of apartheid, he is celebrated for works such as Waiting for the Barbarians and Disgrace. The reclusive Coetzee, who emigrated to Australia 11 years ago, was awarded the Nobel Prize for literature in 2003.

<strong>Kwame Anthony Appiah (Ghana), philosopher, born 1954</strong>
The son of a Ghanaian diplomat, he was born in the United Kingdom and raised in Kumasi, Ghana. His works include The Ethics of Identity (2005). He is the Laurance S Rockefeller professor of philosophy at Princeton University. – Louise Ferreira

<strong>Sources: Professor Keith Breckenridge and the websites Africa Is A Country and Africapedia. Additional biographical information from WikipediaA pride of brightest minds</strong>