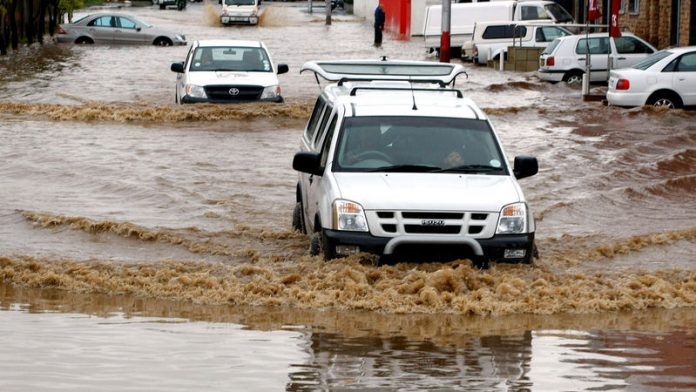 A woman died and another was missing as floods ravaged across the Western Cape, police said on Saturday.

Colonel Thembinkosi Kinana said the two women tried to cross a bridge when their car was swept away in Jonkershoek, Stellenbosch on Friday.

"The ladies were on their way to church when the heavy waters swayed their car into the river."

He said the deceased was found on Saturday.

"Divers have temporarily stopped searching for the other woman due to the heavy rain, but they will continue as soon as the water subsides," Kinana said.

Earlier, provincial disaster management spokeswoman Charlotte Powell, said 70 residents from Kays Caravan Park were placed at the Garden Village hall and 129 patients were evacuated at the Vergelegen Mediclinic in Somerset West on Friday night due to flooding.

The patients were taken to neighbouring hospitals.

The National Sea Rescue Institute (NSRI) said rescue equipment has been brought in to assist.

NSRI spokesman Craig Lambinon said most patients and staff had been evacuated.

The SA Weather Service said more rain was expected in parts of the Western Cape.

Areas that are at risk are the South coastal areas, George, Riversdale, Hermanus and Oudtshoorn.

The rain is expected to continue into Sunday.