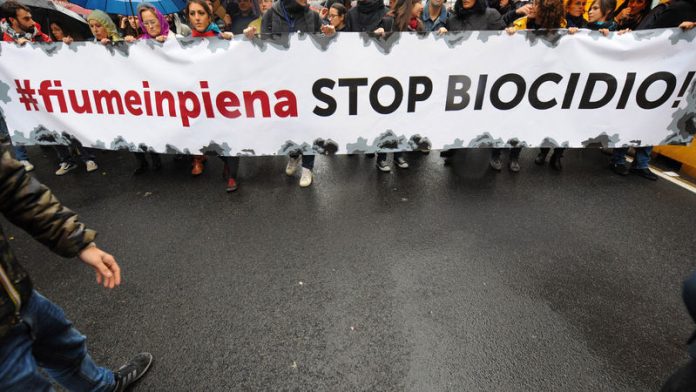 Thousands protested on Saturday in Naples over illegal waste dumps blamed on the Mafia that generate toxic fumes, an Agence France-Presse photographer said.

Tens of thousands braved heavy rain for the protest, according to estimates from police and organisers.

Demonstrators chanted "No to Camorra" in reference to the Neapolitan Mafia and some protesters carried photographs of relatives whom they said had died from cancer caused by the pollution.

The protest movement is calling for the decontamination of polluted land and water and blames the Mafia for creating hundreds of illegal dumps in the area.

Locals call the zone between Naples and Caserta the "Land of Fires" or "Triangle of Death" due to the toxic fumes produced by burning waste.

Among the protesters were the mayor of Naples, environmental groups and local figures including the singer Nino d'Angelo and Father Maurizio Patriciello, one of the first to hit out against the problem.

Three tonnes of bread baked using ingredients from "clean" fields in the region were distributed to protesters.

The organisation Legambiente said that in 22 years some 440 businesses in central and northern Italy have buried around 10-million tonnes of industrial waste in the area. – AFP