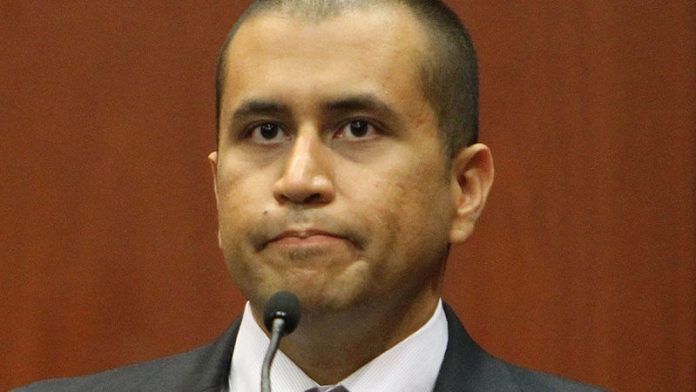 George Zimmerman, who was acquitted in the fatal shooting of unarmed black teenager Trayvon Martin, was arrested on Monday after he allegedly pointed a shotgun at his girlfriend during a domestic dispute, police said.

Zimmerman was involved in an altercation at the house in central Florida he shares with his girlfriend, Seminole County Sheriff Chief Deputy Dennis Lemma told reporters.

Zimmerman (30) was taken to a jail in Sanford, Florida, and faces charges including aggravated assault with a firearm, which is a felony, and two misdemeanours, domestic violence and criminal mischief, Lemma said.

If found guilty he could face between three and 15 years in jail, according to David Weinstein, a Miami attorney and former state prosecutor.

He is being held in jail without bail, which is standard procedure in Florida domestic violence cases and is expected to appear in court Tuesday.

Samantha Scheibe, Zimmerman's 27-year-old girlfriend, told police that at one point during a verbal altercation he grabbed a shotgun and pointed it at her, broke a glass table and locked her out of the house.

Zimmerman with four guns?
Zimmerman then barricaded the door with furniture, police said. Scheibe suffered no injuries during the incident.

"He's in my house breaking all my shit because I asked him to leave," Scheibe can be heard telling the operator on a 911 call, while also shouting at Zimmerman. "He has his freaking gun breaking all of my stuff right now," she said, accusing Zimmerman of putting his gun in her face.

She told the operator that Zimmerman was inside the house with four guns, a Kel-Tec shotgun, an AR-15 assault rifle and two hand guns.

Zimmerman also called 911, telling the operator his girlfriend "has gone crazy on me" and was outside the house. When asked why he was calling 911, he answered: "I just want everyone to know the truth." He said he did not use a firearm.

Pregnant girlfriend
Zimmerman told the operator that Scheibe was pregnant with their child and wanted to raise it on her own. He accused her of breaking the furniture.

"She was throwing my stuff out, and one of the bags was one of my firearms," he said. "I never pulled a firearm, I never displayed it."

When police banged on the door, Zimmerman refused to answer but agreed to speak to an officer on the phone before the call ended.

Zimmerman offered no resistance when police entered the house and was not armed, Lemma said. Authorities believe at least two weapons were in the house at the time.

"We believe there was some type of separation in the relationship," said Lemma, who added he did not know who was breaking up with whom.

Self-defence
Zimmerman, a former neighbourhood watch captain, was acquitted on July 13 of murdering Martin as the 17-year-old walked back to the townhouse where he was staying after buying snacks at a nearby convenience store.

Zimmerman said he shot Martin in February 2012 in self-defence.

The shooting and trial polarised the US public on issues of race, gun laws and self-defence laws.

Since his acquittal, Zimmerman has had several brushes with law enforcement officials. He has twice been stopped for speeding, once in Texas and in Florida.

In September, Zimmerman was questioned by police after his estranged wife called 911 saying he threatened her with a gun. He was not charged in the incident, which occurred a week after she filed for divorce. – Reuters