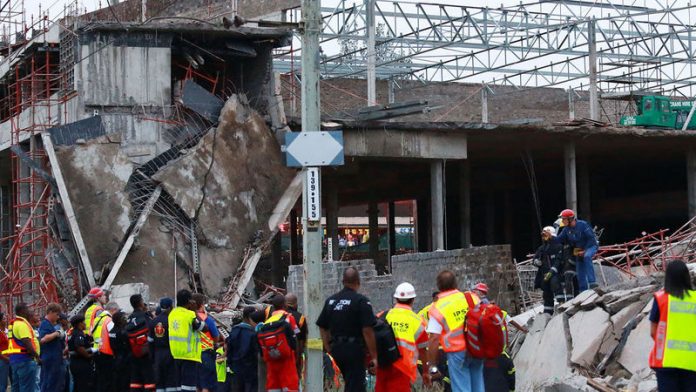 A culpable homicide case will be opened after the collapse of a mall construction site in Tongaat, north of Durban, KwaZulu-Natal police said on Wednesday.

"We must now determine, through the investigation, whether there was negligence and who was responsible," Lieutenant Mandy Govender said.

A woman was killed when a football pitch-sized portion of the construction site collapsed on Tuesday afternoon.

The labour department had taken over the scene and was in charge of the entire operation. Police would remain on the scene, Govender said.

Three people remained unaccounted for, and it was possible that more people were trapped in the debris, she said earlier on Wednesday.

Netcare 911 spokesperson Chris Botha said that in addition to the single confirmed death, 29 people were hospitalised with various injuries.

NUM's concern
He said the search and rescue operation had been called off so the labour department could move some of the rubble with heavy machinery.

Earlier, eThekwini deputy mayor Nomvuzo Shabalala said construction at the mall should not have been taking place.

"We took them [the contractors] to court a month ago. We thought they had stopped," she said.

The National Union of Mineworkers (NUM) said it was concerned about accidents in the construction industry. The union demanded a transparent investigation and that proper corrective action be taken, spokesperson PB Ngcobo said.

'Just a tip of the iceberg'
"The employer must answer to all allegations that they proceeded to build without approved plans. They must also answer as to why they defied the court order, as alleged by the eThekwini municipality."

The investigation needed to uncover how prevalent such actions were within the construction industry.

"Construction workers are of the belief that there is collaboration between the inspectors and the employers to hide the occurrence of accidents in the industry and what happened in oThongathi is just a tip of the iceberg."

NUM was worried that government authorities, such as the labour department's inspectorate, were not doing enough to prevent such accidents.

The party's condolences
"The ANC is appalled that this tragedy happened barely a month after the eThekwini municipality had ordered the construction to stop," he said.

"Had the company complied, surely this disaster could have been averted."

He extended the party's condolences to the family of the woman who was killed and wished the injured a speedy recovery. – Sapa