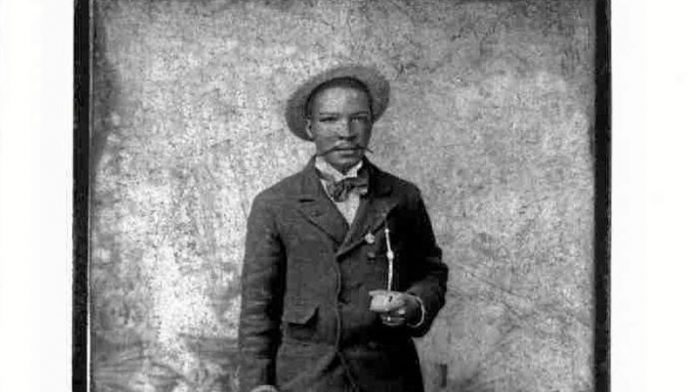 Three Africans of a bygone age, possibly in their Sunday best, stare out from an old photograph on the cover of Santu Mofokeng's The Black Photo Album (Steidl). Two women, one sitting and the other standing, dressed in the fashion of the early 20th century, look graceful and poised while a child between them seems to show a healthy curiosity about the stuff going on in the photographer's studio.

All seems quite normal. One can almost see the quaint wood and brass camera on its tripod and, behind it, under a large dark cloth, the photo-grapher bent over to look into the lens. Whether the photographer was white or black seems steeped in significance. This, after all, was pre-apartheid South Africa. But things were about to change.

"The images in this book record a specific historical catastrophe," according to the epilogue titled African Subjects, written by historian (of the African-American experience) James T Campbell, which appears after the collection of family photographs assembled by Mofokeng. "They depict the rise and fall of a class of educated, urban, Christian Africans in the late 19th- and early 20th-century South Africa. The images, mostly studio portraits, are starkly different from most historical collections of African photographs. They do not classify their subjects in ‘tribal' terms nor display them in ‘traditional' dress or settings. These are family photos, commissioned and paid for by the people in them."

The bulk of the images were gathered by the award-winning photo-grapher up to the year 1997 when they were exhibited at the second Johannesburg Biennale titled Trade Routes: History and Geography, curated by Okwui Enwezor.

As for the question of whether the photographers were black or white, Campbell tells us that, although the studios were white-owned, it is likely that some of the photographs were taken by black assistants and apprentices. And although studio portraiture in the Victorian and Edwardian eras was "a highly conventionalised art", the images dredged up by Mofokeng "confound contemporary expectations of Africans".

The subjects wrote themselves into what Campbell calls the "colonial script". They were not very liberated and, in the Steve Biko sense, they were victims of "mental colonisation".

Looking at the images of tennis players, pipe-smoking dandies, gentlemen in riding breeches, ladies clutching parasols, brides and grooms and, later, flapper girls in collars and ties, one is reminded of the identity shift of Jews in Germany on the eve of the Nazi Holocaust. Somehow history would soon teach them that prejudice does not bow to assimilation.

Beyond the myriad images of happy families proudly posing for the camera lies something dark and brooding.

To address the grim reality, Mofokeng has, intermittently in the book, posed questions – printed in white type on a black background. For example: "Who were these people? What were their aspirations? What was the occasion? Who was gazing?"

They're not questions we can answer with any certainty. But they help us to understand that the real people who swung by the local photographic studio, on a happy day, were not merely simple, small-town Africans. Beyond what today seems quaint lay much complexity.