Proteas shape up for games to come 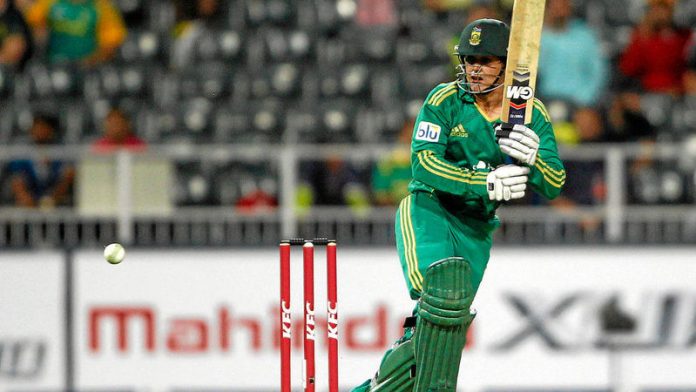 South Africa's opening T20 victory against Pakistan at the Wanderers on Wednesday night owed as much to good fortune as it did to the Duckworth-Lewis method, which decreed them victory by just five runs with Pakistan still eight wickets to the good, needing 94 further runs from 65 deliveries.

Debates over team selection are normal when they involve form and fitness, but the issue of resting fit and in-form players raises the hackles. It seems a great deal more appropriate to rest players who admit to feeling jaded and are appreciative of an extra few days at home – as in the case of AB de Villiers.

But all-rounder Ryan McLaren is in the form of his life and has finally established himself on the international stage in one-day internationals and T20 cricket after years on the periphery. His omission left Wayne Parnell filling the role as "specialist all-rounder" at number seven and Dale Steyn batting uncomfortably high at number eight – and denied the team a death bowling specialist.

Head coach Russell Domingo is still talking of "trying new combinations", but the time is rapidly approaching when the best team for each set of conditions needs to be identified and persevered with.

McLaren has filled in and made way several times before, as has Parnell, but if you thought they might be feeling aggrieved, you would be wrong. Steyn returned to the T20 XI in the United Arab Emirates after a year of being rested from the format and that has led to more selection juggling but, notwithstanding the natural ambition of professional sportsmen, there is an accepted pecking order.

Rest and opportunity
"The way the coaching staff have gone about resting some of the senior players has provided a lot of opportunities for others," McLaren said this week. "We all know what Dale brings to the environment, on and off the field, but it's also important, especially looking ahead to the World Cup, for the coach to see what we have in our depth.

"A lot of us have responded well to the opportunities, we've grown in our roles and become more confident. There are a lot of cricketers vying for positions as we get closer to the World Cup, so it's going to be tough nailing down the final 11 places.

"But Dale is the number one ranked bowler in the world and, when he is playing, the entire attack feeds off his energy and intensity. If it means him missing a few games so that he can be available for the crunch ones, then that is exactly what needs to be done," McLaren said.

Parnell was equally candid: "Dale is a world-class bowler; it's impossible to fill his boots. I'm just completely happy to be getting an opportunity to contribute whenever and wherever I can," Parnell said. "I can imagine that playing all three formats for South Africa can be physically and mentally taxing for a bowler, especially with the type of intensity that he runs in with, so it makes sense to me that every effort is made to manage him properly."

The Proteas' bowling attack is not only looking the most potent in the world at the moment, the cupboard is also well stocked with Marchant de Lange, Chris Morris, Kyle Abbot and Rory Kleinveldt, all ready for international duty if required. The spinning section is well covered by Imran Tahir and JP Duminy at present but further resources could well be required before the T20 World Cup in Bangladesh in just four months' time.

Top of the order
There is no doubt that difficult questions have been asked at selection level, but another is looming, perhaps more difficult to answer than any before. Twenty-year-old Quinton de Kock is rapidly making himself impossible to ignore. Soon he may reach the status, even temporarily, of "undroppable".

The Lions wicketkeeper has made 40, 112 and 34 since replacing Graeme Smith at the top of the ODI batting order in the UAE. In the past three T20s, he contributed 48 not out, 30 from 19 balls and, on Wednesday, 43 from 33 balls, which was good enough to earn the man-of-the-match award.

In Smith's past 20 ODIs, spanning two years, he has averaged 32.42 compared with a career average before that of 41. As always, there are many factors to consider other than bald statistics. He often played with injuries when the team needed him. His emotions were unsettled for a long time after the horror of the 2011 World Cup exit. He is fitter, leaner and more greatly endowed with a desire to succeed in the 50-over game than has been the case for many years.

Make no mistake, Smith is the man every other would choose (now) to have opening the batting when the next World Cup starts in Australasia in February 2015. But now is now and then is then. Perhaps Smith and De Kock could open with Hashim Amla at three? But, with Jacques Kallis potentially at four and De Villiers at five, only one of Faf du Plessis, JP Duminy or David Miller would make the cut.

If you think the current series against Pakistan is "meaningless", think again. Ask the players. They are playing for their futures, their careers. If Pakistan don't provide the competition, more than enough will come from within the ranks of the home side.