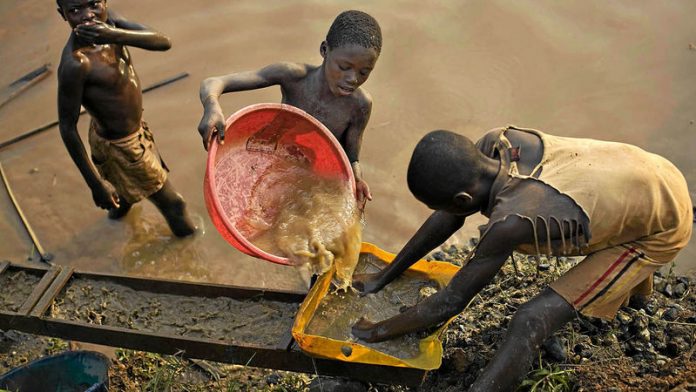 The government is being criticised for refusing to join 31 other countries in signing up to an international standard aimed at ensuring transparency in the oil, gas and mining industries.

Parliament has dismissed adopting the standard, known as the Extractive Industries Transparency Initiative (EITI), which outlines reporting requirements aimed at ensuring that resource extraction leads to economic growth and social development rather than "corruption and conflict".

The initiative was introduced 10 years ago by former British prime minister Tony Blair, but 25 of the 31 member countries are in Africa. Countries such as Ghana, Zambia, Mozambique and the Democratic Republic of the Congo are all members.

They submit annual reports, disclosing what mines and other extractive companies pay to governments, and what governments in turn receive from contracts and by way of tax.

The practice, according to the initiative, "allows citizens to see for themselves how much their government is receiving from their country's natural resources".

Norway — often viewed as an emblem of transparency — is party to the initiative, the United States has pledged to adopt it and British Prime Minister David Cameron recently said he was considering following suit. But South Africa has resisted calls to come on board.

Government faces criticism
"No, South Africa has not reconsidered signing up," said Ayanda Shezi, spokesperson for the department of mineral resources. "South Africa has a fiscal regime that is redistributive and has put in place adequate governance procedures and systems of accountability to sufficiently account for revenue generated and distributed."

The Democratic Alliance and corporate governance interest groups have criticised the government for refusing to get involved.

The DA spokesperson on minerals and resources, James Lorimer, said that South Africa's failure to sign up to the EITI would suggest ill-health in the sector.

"Refusing to do so would signal an unhealthy commitment to secrecy," Lorimer said. "Transparency should serve as a vehicle for redress and job creation in an industry that has historically been exploitative."

The mining sector was the backbone of the South African economy and contributed about 20% to the gross domestic product (GDP) in the 1970s.

However, profits and production levels have waned. The sector now makes up only 6% of the country's economic production.

Mining unrests
Over the past three years, the mines have been plagued by ongoing, often violent labour unrest, with workers' wages and living conditions being the almost universal cause for disruption.

In 2012, 2.7-million working days were lost owing to strikes in the mining sector, according to the department of labour's latest Annual Industrial Action Report, and the South African Institute for Race Relations estimates the mines lost R15-billion in production during that time.

According to Mari-Lise du Preez, head of the governance of Africa's resources programme at the South African Institute for International Affairs, the EITI could create a much-needed platform for dialogue between the government, extractive companies and civil society.

But MPs have argued against the additional reporting burden that the EITI would place on the continent's biggest gold producer and the world's fifth-largest diamond producer.

The initiative would affect all of South Africa's extractives sector, which accounts for almost 50% of its exports.

Shezi said South Africa complies with other laws that allow for good governance: "One of the key objectives of the Mineral and Petroleum Resources Development Act is to give effect to the UN Resolution 1803 of 1962, that natural resources beneath the soil are a heritage of the people of South Africa, and the state must exercise its sovereignty over the development of such natural resources."

Ideological problem
Du Preez said the country has consistently used this argument. "The suggestion is that South Africa complies sufficiently to a number of [reporting standards]."

A second explanation is that it is seen as a "northern" standard being imposed on to the developed world.

"There was an ideological problem with the initiative," she said.

But whether the EITI is adopted or not, the government, mining companies and civil society need a "neutral convenor", said Du Preez, "someone who is not seen as punting their own interest."