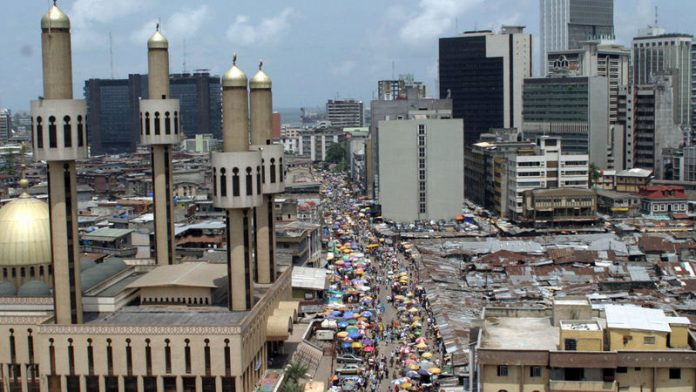 Nigeria will announce rebased gross domestic product figures next month, which could reveal it to be Africa's largest economy — on paper, at least.

But even if the new GDP figures mean it does not overtake South Africa to claim the number one spot, a major upward adjustment seems likely, according to experts.

Nigeria's current GDP figures still use 1990 as the base year. The rebasing exercise will, according to the Nigerian Bureau of Statistics, update the base year to 2010 to incorporate more recent price structures in the figures, taking into account new sectors of the economy, such as telecommunications, that have blossomed over the past 20 years.

Nevertheless, Nigeria's robust growth forecasts (it is estimated to grow at 6.75% this year) and large market (it has 170-million people) make it an African powerhouse, despite its many challenges.

Melissa Verreynne, an economist at NKC Independent Economists, said preliminary estimates suggest that the true level of private consumption in Nigeria is larger than the current estimate of its GDP.

Many economic indicators rely on GDP and a large upward revision will result in changes to other variables.

GDP per capita will be higher and the ratios of debt, foreign direct investment and the current account to GDP will be lower, she said.

This should lead to lower costs of borrowing for the fiscus and provide an indirect benefit to the nation.

There is also a "psychological factor" to consider, Horne said.

Verreynne said Nigeria is an extremely challenging place to do business and its infrastructure is poor.

It has about one-tenth of South Africa's electricity production capacity, corruption is rampant and most business procedures take longer than in other parts of the world.

The World Bank's most recent Doing Business report placed it at number 147 out of 189 countries for ease of doing business.

It was placed in the lower echelons of a number of other indicators, including obtaining electricity (185), starting a business (122), registering property (185), the ease of paying taxes (170) and the enforcement of contracts (136).

President Goodluck Jonathan is making progress in reforming the country's economic and financial systems to eliminate most of the wastage, mismanagement and corruption of the past, Verreynne said, but it is "a long-term mission, with progress likely to be slow".

Relying on oil
The federal government relies on oil for more than two-thirds of its revenue. And, Horne said, there is a huge cash economy that escapes the tax net.

But, from a fiscal point of view, oil riches have enabled it to maintain favourable internal and external balances, Verreynne said.

Nigeria's consolidated budget (government revenues and expenditure at federal, local and state levels) averaged a surplus of 7.6% of GDP between 2004 and 2008.

Following deficits in 2009 and 2010 after a sharp fall in oil prices and a banking crisis in the local economy, the country's accounts returned to a surplus 0.5% of GDP in 2011 and an estimated 0.9% surplus of GDP last year, she said.

Nigeria's debt to GDP ratio is expected to remain below 20% over the medium term, she said, especially after the rebasing, adding that the country's debt servicing costs are "exceedingly low".

Aigboje Aig-Imoukhuede, the outgoing chief executive of Nigeria's Access Bank, said institutional reform is key to addressing some of the challenges facing Nigeria.

Nigeria also has tremendous potential for developing infrastructure and it is one of the current administration's priorities, Verreynne said.

Electricity generation and distribution has been privatised, so the power sector will be the first to gain.

These reforms will lower costs and improve productivity within two or three years, according to Horne.

"Fortunately Nigeria is blessed with massive gas reserves and a lot of gas associated with their oil production, which has simply been flared until quite recently," he said. "Gas turbine generators are modular, less capital intensive and quick to bring to production."