How South Africa’s authors make a killing, crime after crime 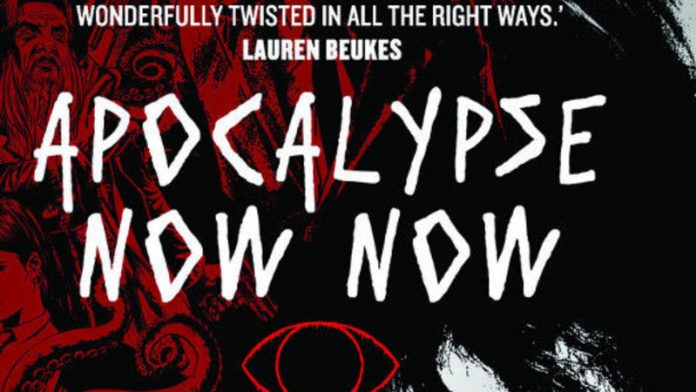 While some of us can barely bring ourselves to turn on the news for fear of more horrendous murders and rapes being reported, crime fiction is flourishing. Why this is is frequently debated.

Scholarly articles have been written by Leon de Kock inter alia punting crime fiction as South Africa's new political novel. And recently De Kock also examined, in a SLiPnet article, why the limitations of the genre are an appropriate response to the horrors of the subject matter.

Margie Orford, acknowledged as one of the queens of the local crime writing scene, has written about her problems with writing about the South African Police Service as though they represent the good guys, as though they are a force for justice and the victory of good over evil, when faced with the shocking events at Marikana and the subsequent, and ongoing, problems with the Farlam Commission of Enquiry.

Be that as it may, people have been following crime stories for as long as newspapers have existed, and have been fascinated by death and retribution (let's not call it justice) since public executions first drew the crowds. According to Edmund Burke, that prolific philosophiser and examiner of mores, people go to public executions because humanity enjoys violence. Not because they love justice

Such luminaries as Jean Paul Sartre and Simone de Beauvoir were avid readers of crime reports, following murder trials in France; and so were Gauguin and Van Gogh, who read the daily rag in Arles for crime stories when they were taking a break from painting. And people are still reading crime fiction.

Orford's previous crime novels are set in Cape Town. In her latest, Water Music, she shows us Hout Bay, with the action ranging from the Kwikspar to luxury estates, horse-riding paths and the fishing harbour, and featuring characters as varied as a beekeeper, a music academy principal and a gangster out on parole.

The title of the novel comes from the sound of water from the Disa River where it is diverted through a tunnel, its musical sound at times transmuting into hope for a prisoner. Orford has used tunnels before in her work (Like Clockwork) and they are a potent image of what goes on under the surface of the beautiful Mother City.

Her protagonist is Clare Hart, now attached to a special unit of the police. This unit is informally called The 28s, startlingly reminiscent of the name of Cape numbers gangs, but actually referring to a section of the Child Protection Act.

At the heart of this thriller is the ugly matter of the persistence of crimes of violence against women and children. Orford, an astute social commentator, shows that these continue at all levels of society, often perpetrated by people one should be able to respect.

Perhaps most potent was her depiction of the high-ranking police officer who does as much to obstruct proper police work and justice as some of the less well-disguised criminals. Orford knows how the SAPS works, has a sure grasp of forensics and integrates the cop work with community efforts in an ongoing portrait of Cape Town.

In this, the fourth Clare Hart thriller, the relationship between Clare and her longtime boyfriend, Riedwaan Faizal, also a cop, is sketched rather thinly. And I found the sudden leap from Hart's desperate reprieve from death by drowning to scenes of "happily ever after" to be quite a let down. People can recover from severe abuse, but it takes time. I suppose it's within the formula for a thriller to have a resolved ending and most of Orford's readers will be happy with this.

Gail Schimmel's second novel is Whatever Happened to the Cowley Twins? Don't be put off by the title; this is a deftly written and often amusing read. Schimmel uses a rolling narrator, so we often follow the same events again, but from a different point of view through the voices of a handful of people.

Perhaps central to this clever mystery (entirely free, I am happy to say, of gross and ghoulish violence) is Tim, whose twin sisters vanished from a doctor's waiting room when they were only three months old. Tim narrates, as do his wife and a journalist who likes to follow such sensational stories.

Schimmel has a lot of fun with twentysomething graduates in office jobs in a totally believable Johannesburg. Her insight into the lies, illusions, misconceptions and temptations of her characters gives this book a satisfying weight. No one is killed in the course of the novel, but serious crimes, legally and morally, have been committed. It's a refreshing and interesting take on criminality within the middle classes, neatly refuting the often-asserted "crime and poverty" connection.

Apocalypse Now Now is Charlie Human's debut novel and, to any speaker of South African English, this title should signal satire.

Nevertheless, the opening sentence: "There are questions that run in your head when you find out that you are a serial killer", almost sank it for me. I just don't get pirouettes around serial killers.

But this novel is a surprisingly good read, especially as the protagonist turns out to be nothing more harmful than a serial liar, or fantasist.

Various realities coexist in the mind (or cybermind) of Baxter Zevcenko, a Cape Town schoolboy.

He tells how he came to be suspected of the abduction and murder of his girlfriend. He also has issues with his younger autistic brother and meets a mad cast of strugglistas now devoting their seriously time-warped attention to the undoing of very bad guys.

Human effortlessly mixes Baxter's psychiatrist's comments on him with lurid scenes of Cape Town's supernatural clubland. It's quick, amusing and widely referenced, and the reader gets no help on which reality to take seriously.

There are some great characters: my favourite is Jackson Ronin, rogue private investigator, avatar of the seriously "siff" old Capetonian hippiedom. There is some killing and such, but it is so obviously far-fetched and unbelievable that one cannot find it a threat to the peace of our streets.

The barcoding gap: Can South Africa protect its Covid jabs from crime?

Humans eat, drink and breathe in tens of thousands of micro- and nanoplastics, but research into the effects on health is limited
Advertising