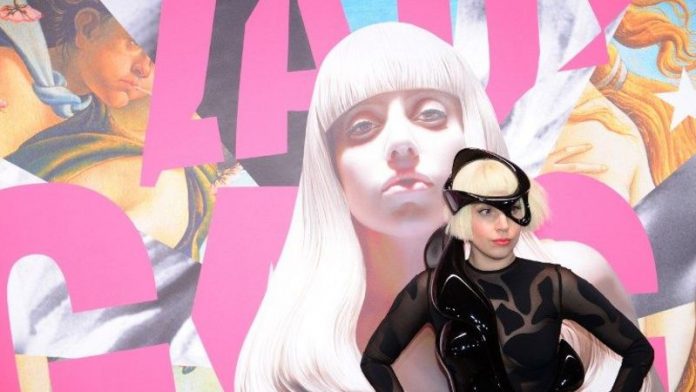 To listen, or even attempt to understand singer Lady Gaga’s third release ArtPop, you’ve got to leave your scruples at the hypothetical door.

Think theatre, synths, weird collaborations with rap artists, songs about planets and what it would sound like if you mixed disco with darkwave.

In fact, it challenges you to be just the kind of weirdo that Lady Gaga loves – a little monster.

Unlike Born this Way, in which Gaga strove to mean something to her adoring fans, ArtPop is an embrace of camp, fun and abandon. It is tongue in cheek, theatrical to the point of corny and heavy on aesthetics and ideas.

This has always been both Gaga’s greatest strength and her greatest weakness; she creates songs that often falter on a purely audial level, but that truly come to life when combined onstage or in videos with her larger-than-life outfits and sets.

Aura
Gaga teams up with Israeli psytrance duo Infected Mushroom in the frenetic, gothy Aura. Aura is as tongue-in-cheek as Robert Rodríquez's exploitation flick Machete Kills, in which the song was coincidentally featured.

Venus
Think Hair's Age of Aquarius hyped up on acid. While listing all the planets in the solar system, Gaga drops her most camp (or stupid, if you’re feeling mean) lyric to date "Saturn … Uranus … don't you know my ass is famous?"

G.U.Y.
With plays on gender bending and tongue-in-cheek innuendos to bisexuality, G.U.Y. (which stands for girl under you) harks back to the sexual double entendres of Gaga's early-career hit LoveGame.

Sexxx Dreams
Where is Gaga getting the time, between all her world tours and outfit changes to have so much sex? Either way, she is, she's dreaming about it, and she wants you to know. Sexxx Dreams is a surprisingly catchy Madonna-esque bedroom song.

Jewels 'n Drugs (featuring T.I., Too Short and Twista)
Gaga is nothing more than a hook-girl on Jewels 'n Drugs. Although she has successfully teamed up with rappers in the past (Kid Cudi in Make Her Say and Wale in the underrated Chillin'), this just feels too much like she’s trying to keep up with Miley Cyrus.

Manicure
Clappy, cheeky Manicure could be another single. It's mainstream, forgettable pop with some fun guitar riffs and a rah-rah chorus.

Do What You Want
Who would have thought anyone, let alone Lady Gaga, would want to collaborate with singer R Kelly, and on top of it, tell him to do what he wants with her body. And yet, the collaboration worked, and Do What You Want is the album's grooviest, sexiest and most care-free track.

Lady Gaga – Do What U Want from Lady Gaga on Vimeo.

ArtPop
The album's title track attempts to explain Gaga's creative direction for her work. But it's dreary and shows just how silly Gaga's reach to brand plastic pop as art might turn out to be.

Swine
Gaga takes on aggressive electronic dance music in a noisy departure that would have sat nicely on the Born this Way album. Interestingly, the song is also apparently about pop culture gossip blogger Perez Hilter, who Gaga seems to think it nothing more than "a pig in a human body".

Donatella and Fashion! are a cheeky pair of eurodance club-hits that reiterate Gaga's worship of designers labels and aesthetics.

Mary Jane Holland
Oh shocker, Gaga singing about marijuana. Mary Jane Holland is a glammy 1980s rock-laden tribute to weed. Funny, since Gaga reports to have struggled with addiction in the past. What are you saying Gaga, what does this mean? Do we really care?

Dope
Dope is a ham-handed ballad that betrays the "empowered woman" motif Gaga was trying for on the rest of her songs.

Gypsy
Gypsy is the album's standout track. An ode to Gaga's on-the-road lifestyle and marriage to her music and her fans, it comes across as much more sincere than what she was trying to be on Dope.

Applause
Applause, the first track on the album to become a single, is the dullest on ArtPop. While the video was a mesmerising compilation of artistic stills directed by Inez van Lamsweerde and Vinoodh Matadin, known for their work on fashion spreads for Vogue and Vanity Fair, the song itself is one of Gaga's weaker singles.

ArtPop is by no means Lady Gaga's best album. While some songs have moments of musical artistry and interesting experiments with mixing genres, others are at best forgettable and at worst an over-produced racket.

Standouts: Do What You Want, Gypsy, Sexxx Dreams

Lady Gaga: Give Women of the Year cover to Malala