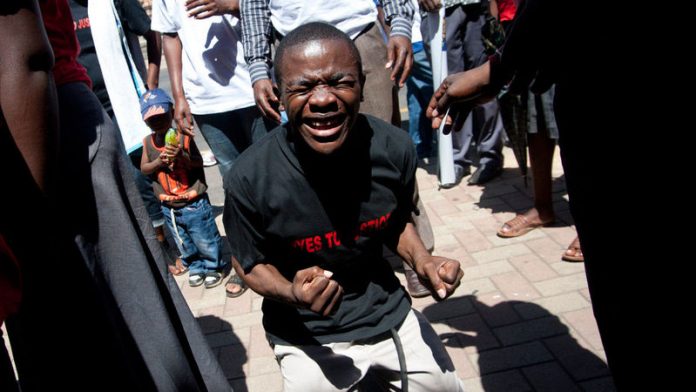 South Africa's top appeals court on Wednesday ruled that the country's authorities have a duty to investigate allegations of torture in neighbouring Zimbabwe.

Judge Mohammed Navsa of the Supreme Court of Appeal upheld a ruling that South African prosecutors had a duty under international law to probe the alleged torture of opposition activists in 2007.

South African police "are required to initiate an investigation … into the alleged offences," Navsa said.

The ruling is likely to strain ties between South Africa and the government of President Robert Mugabe, who described the initial court order as a "direct assault" on Zimbabwe's sovereignty.

It could also spell trouble for 17 implicated officials should they seek to travel to South Africa.

The National Prosecuting Authority and police appealed the order after Mugabe pleaded with the ruling ANC to block the request.

The Southern Africa Litigation Centre and the Zimbabwe Exiles Forum filed the case to force South Africa to arrest and prosecute 17 Zimbabweans accused of torture in 2007 if they enter the country.

In 2008, the South African government mediated between Mugabe and his political rival Morgan Tsvangirai after disputed polls in the Zimbabwean national elections. – AFP