It’s a story of love and forgiveness 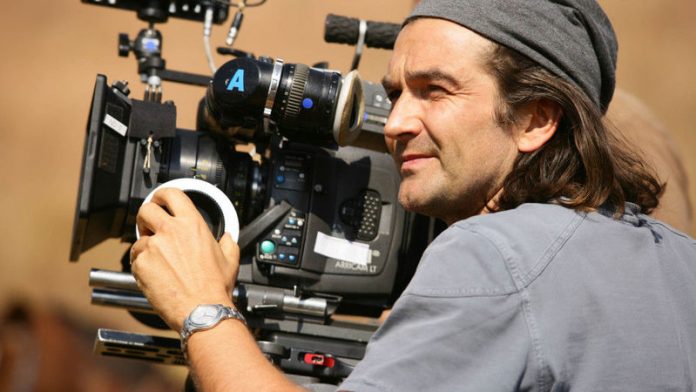 How was it, shooting in South Africa?
Contrary to what we were advised, we shot all over, and it was fantastic. South Africa's a great place to shoot. There's great talent here – behind the camera, in front of the camera. I was able to spend time with Winnie [Madikizela-Mandela], with her daughters, and with people who'd been on all sides of the struggle, and to spend time with them and talk to them.

The film's got a really authentic feel. It looks like you managed to use the real place as a location, very often.
As much as possible, we used the real place. If we couldn't, we built it. We couldn't shoot in the actual court-house where the Rivonia trial took place, because the sound guy said the acoustics in that place are really terrible. So it was an excuse for our production designer to build something, and we ended up building it [in the Cape Town studios]. The court and the cells underneath it are an exact copy. We also built [a set of] the Mandela house in Soweto. We tried to be as detailed and forensic as possible. South African history has been brilliantly documented over the years, so there's a great archive of detail.

Did you as the director have a particular overall concept of the movie or how it should be?
When I started to talk to the creative teams involved, I was saying, it's a period movie, it's a biopic, but we don't want it to be like spinach – it's good for you, but you don't really want to go see that kind of movie. We were asking: How do we do something that's visceral and immediate?

I wanted to try to create 360° sets, then we'd drop the actors in and they'd be reacting to the space and the environment. I also wanted to drop the audience in it, so that it felt like an immersive piece of cinema. When we were prepping it, I wasn't sure we'd be able to shoot that much of the big scenes like Sharpeville and Boipatong. But that evolved as we were making it, because we found ways to convey that.

It's a huge narrative, but I thought the script condensed it very well.
Yes, how do you even begin to distil that story into one cinematic experience? Taking it from the point of view of love and forgiveness – that gives us a through-line for the film. I very much wanted it to be a story about love and the cost to the man and to his family. Mandela's life represents nearly 100 years of history, but we wanted to show the man behind the icon that we know.

Had you worked with Idris Elba [who plays Mandela] before?
I knew he was a great and subtle actor. When he got up on the stage [in scenes in the movie] he was speaking to people who'd lived through the struggle, and he had to carry that off. It's not an easy thing for an actor to walk out [on a stage] in Kliptown and start speaking to an audience of real South Africans – they want the truth. That kept the cast on its toes. It also gives us a crowd that's not from central casting. They are real people.