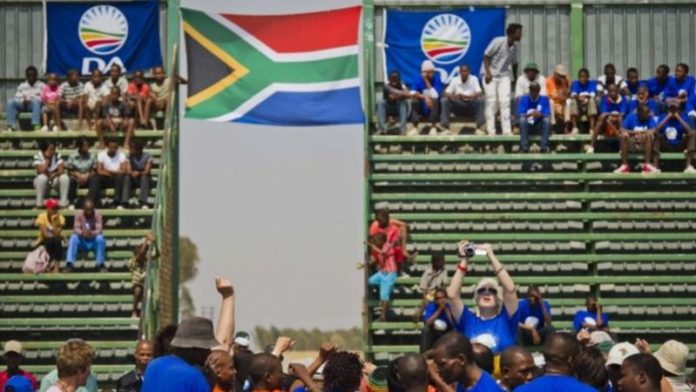 The problem with the DA is that is applies logic to an illogical problem. The logic is that we are all equal. Which is true and we all agree with that. We should all have equal opportunities; that's true.

Unfortunately we don't have equal opportunities. Black people were legislated into poverty. It is not black people who chose poverty over prosperity. Poverty was chosen for them and forced onto them. It was deliberate and systematic and well executed because the effects are still felt to this day.

Apartheid is of course not the DA's fault, nor am I really doubting the DA's good intentions. It has to be said, however, that the party's good intentions are that of a white master who thinks that he knows what better than a black person what is good for him or her. This is why there is such an outcry over the DA's recommendations on the Employment Equity Amendment Bill.

Let us go back in time. Historian Colin Bundy documented that as early as 1832, the Xhosa in the Ciskei and Transkei started noting how Europeans were spreading throughout the country. The Xhosa wanted to have their own stake of wealth before the Europeans took it. Bundy quotes a Moravian missionary in the Transkei who wrote, "They look… to get money from the labour of their hands, and purchase clothes, spades, ploughs, wagons and other useful articles."

They began buying land and began farming it. A magistrate in Mzimkhulu described "the growing desire on the part of the natives to become proprietors of land – they have purchased 38 000 acres." Within three years, 8 000 Xhosa farmers in the area had bought 90 000 acres of land, according to a book by Daron Acemoglu and James A Robinson called Why Nations Fail. The black farmers began to be rather prosperous, as recorded in a letter by a Methodist missionary, WJ Davis. He wrote that he had collected £46 in cash "for the Lancashire Cotton Relief Fund," from Xhosa farmers in 1869. Black farmers in South Africa were doing so well that they were donating money to poor workers in England.

The black farmers became so successful that they drove down prices and became such a threat to white farmers that between 1890 and 1913 land was taken away from them through various legislative moves that were designed to prevent them from successfully competing with white farmers and also to prevent them from owning land, but to instead became labourers for the white man. In other words, they were legislated out of prosperity and into poverty.

Unlike apartheid, economic empowerment is not at all talking about legislating white people into poverty, it's about including black people in the real economy and not shutting them out. The DA's idea of having no racial quota sounds like gradualism. Gradualism is code for saying that black people need to be included slowly because they are not ready. Gradualism is reluctance and it is an excuse to delay what must happen.

The DA says that it supports affirmative action but there is a but; "our model is built on appropriate measures to achieve greater diversity in the workplace, but opposes the drive to enforce strict demographic representation in employment outcomes because this would destroy jobs and undermine black advancement."

Let me translate that. What the DA is saying is that this would destroy jobs for white people. There is no evidence that suggests that racial quotas as is applied has destroyed jobs – for blacks or for whites. I would of course agree if a black person were placed in a position they were not qualified for that would undermine black advancement. The assumption the DA makes in that statement is that there are black people who are unqualified and should be placed in positions. That is not affirmative action as far as I understand it. Qualified previously disadvantaged persons just become preferred candidates. That's all. If it were not for affirmative action, many well-qualified people of colour would not have the positions they have today.

If the DA is complaining about demographic representation, it is because it is worried that this means white people will be pushed out of jobs or will not get employed. That is not going to happen. Affirmative action has been in place for years in South Africa and white unemployment is still under 10% when black unemployment is well over 30%.

Secondly, certain sectors are given a time frame to achieve a certain percentage of demographic representation. This ensures that those sectors have to invest in equipping and educating under-represented groups in those areas. If anything, some sectors are told to be 28% black by a certain period. I mean, it's laughable because black people account for almost 80% of the population. The government is not even asking for representation of economic dynamics. It's not like the ANC government is demanding 80% black representation. The DA's complaints are uncalled for.

The job here is to expand the economy so that more people are included. It is said that "space" has to be made for previously disadvantaged people. It is not to exclude white people to make way for blacks. In fact, the ANC government has been very good for white wealth. A vast majority of white people are significantly better off than they were before 1994. The DA needs to take a chill pill and stop writing in code. We know what they mean by their word play.

How embroidery broke the silence around women’s apartheid trauma

By making embroideries, women move beyond and challenge categories and labels of “being vulnerable” or being perceived as “marginalised”
Read more
Opinion

The KwaZulu-Natal MPL, who is running against John Steenhuisen for the post as party leader, embodies the hopes and dreams of the majority of citizens
Read more
National

Roshan Morar’s extensive links with government are deep and lucrative: a 300% ballooning tender; the nod for an ambassador’s post from ANC secretary general Ace Magashule; seats on the boards of a multitude of public entities and now a questionable PPE tender
Read more
Advertising