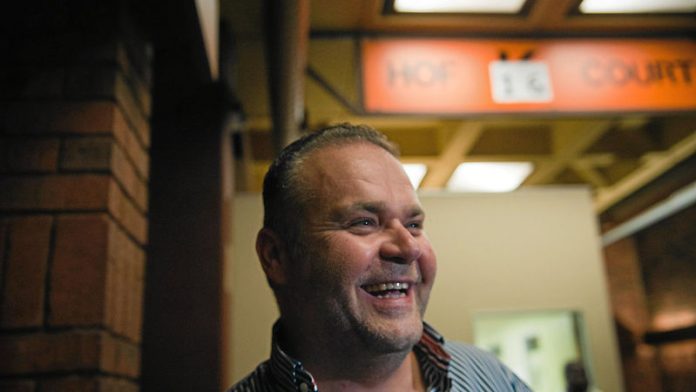 The arrest of Radovan ­Krejcir has begun to expose the dirty web of influence and intimidation that the Czech fugitive has spun around himself, which is rumoured to reach high into police circles.

It also exposes the long-standing impunity of seemingly ­“untouchable” cops.

Warrant Officer Modise Samuel “Saddam” Maropeng, now a co-accused in the kidnapping and attempted murder case Krejcir is facing, seems to have been notorious within the Hawks.

Maropeng, who changed his surname from Mashego in 2011, was arrested this week alongside Warrant Officer Machache Jeffrey Nthoroane.

Beeld reported that a charge sheet provided to Krejcir and his co-accused, Desai Luphondo, alleges Krejcir poured boiling water on Lukele in the course of an ­“interrogation” that lasted for days.

Maropeng is alleged to have a ­history of dodging charges.

One intelligence source, who does not want to be named, told ama­Bhungane that Maropeng was “chased away from OR Tambo International Airport”.

Airport heist
A source who knows both Maropeng and Nthoroane said of them: “There was a time when they all wanted to go and work at the airport because they saw an opportunity. ‘Saddam’ managed to get to the airport after 2000.” Forensic investigator Paul O’Sullivan told amaBhungane that there were allegations that Maropeng was implicated in a dramatic R100-million heist at the airport in 2006, but never faced charges because of the deaths of a series of witnesses. About R14-million of the recovered money was then stolen from a walk-in safe at the North Rand serious and violent crime unit in Benoni.

O’Sullivan served as head of security at the airport until 2003, when he was removed after coming into conflict with then police commissioner Jackie Selebi. He said Maropeng was “one of Selebi’s ­people” at the airport, “used to escort dodgy loads”.

Jwara was convicted in 2011 along with two colleagues, Inspector Victor Jwili and Captain Ratsheki Mokgosani, and sentenced to between 20 and 25 years in jail.

The three, plus another colleague who died in jail, intercepted drugs at OR Tambo and would then sell them on to dealers around Johannesburg. They were arrested in 2009.

Another source said Maropeng “was excluded from the case of Jwara” despite his name cropping up during an intelligence investigation.

Transferred
Instead, he was transferred to the East Rand organised crime unit in Germiston.

Sources connected to the Bedfordview underworld on Johannesburg’s East Rand, as well as intelligence sources, claim that Maropeng got involved with Krejcir last year.

One source, with personal links to Krejcir, told amaBhungane that Maropeng had been “seen with Krejcir often”. Another source claimed that he was at Krejcir’s Bedfordview house before Krejcir’s recent arrest. Maropeng has been mentioned before to amaBhungane by police and underworld sources. He was identified only as “Saddam”, but labelled as someone to be feared. They said he drove expensive cars and it was clear he was living beyond his means.

A police investigator, who also does not want to be named, told amaBhungane that Nthoroane also seemed to live beyond his means and that fellow officers questioned how a warrant officer was able to “drive cars that cost more than double what our houses cost”.

Nthoroane was one of several plain-clothes police officers removed from the anti-hijacking task team after complaints of robbery and corruption were laid against them following a drug-related search-and-seizure operation on January 30 2005. The director of public prosecutions declined to prosecute the detectives and no disciplinary proceedings were instituted against them.

The lawyer for the two warrant officers, Victor Nkhwashu, said he would be able to respond to questions only after their court appearance on Monday.

“At this stage, our clients remain innocent of these charges,” he said.

Living large
The same police investigator source said it should have been obvious to the pair’s commander at Germiston, Colonel Frans Steyn, that they were living beyond their means.

Meanwhile, Steyn has taken annual leave following the revelation in last week’s Mail & Guardian that he had received a R408 000 loan from Groep Twee Beleggings, a company controlled by Krejcir.

Steyn denied that he was aware of Krejcir’s involvement and said he had met Krejcir for the first time in July this year, after the incident when the Czech was shot at from a booby-trapped car.

His version has been contradicted by a former Krejcir associate, who asked not to be identified. The man claimed that Steyn had known Krejcir from as early as 2009, and that they had met at Teazers, the strip chain owned by Lolly Jackson.

Steyn’s layer, Gary Mazaham, said his client “has never been to Teazers to meet with Krejcir”.

Last week, Steyn “categorically denied” that neither he, “nor any investigator based at my office, have ever investigated a case where Radovan Krejcir was the suspect”.

Steyn claimed that he was “personally” asked to take charge of the investigation into the alleged assassination attempt on Krejcir outside his gold exchange shop, Money Point, in Bedfordview.

Krejcir kept in the loop
Steyn noted that the “day after the incident” at Money Point he received a call from General Shadrack Sibiya, the Gauteng provincial head of the Hawks. “He [Sibiya] indicated that I was on speaker phone and that Mr Krejcir was in his office. He indicated to me that he had asked Mr Krejcir if he was happy with me [Steyn] being the head investigator on this matter. He asked me to keep Mr Krejcir abreast of the investigation. That is why I went to see Krejcir personally on numerous occasions to keep him abreast of the progress.”

While other cases in which several of Krejcir’s alleged associates were murdered seem to have gone nowhere, a former Money Point employee, Brendan Harrison, was arrested in August for conspiring to murder Krejcir.

This week, however, the case against Harrison was struck off the roll after the magistrate declined to give the National Prosecuting Authority more time to consider Harrison’s representations.

His lawyer alleged there were serious contradictions in the evidence against him. Harrison also alleged that Krejcir was allowed to threaten him while he was in the company of a Bedfordview investigating officer.

Hawks spokesperson Captain Paul Ramaloko said they were investigating the Groep Twee loan to Steyn: “If there [are] reasons to institute internal disciplinary steps, we will do so.”

Meanwhile, a number of sources have suggested that more senior police officials may also be caught in the Krejcir net.

As early as 2010, Krejcir’s former physician, Dr Marian Tupy, said in an affidavit that Krejcir had “often bragged that he could buy anyone”.