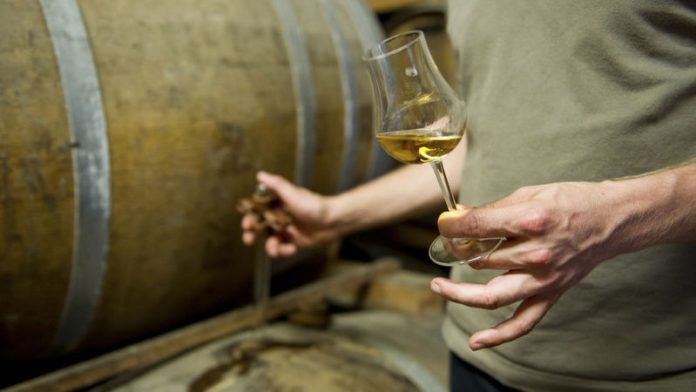 A recent visit to London reminded me how much South African wine lovers have to be grateful for – and how much they have to regret. For those with little money or modest demands, at least, South Africa is a vinous paradise, especially for cheap whites: those delicious chenins for R30 or less that I tirelessly punt.

Then, if you choose carefully, for under R80 (where there's also plenty of dross), there are many reds and whites offering genuine interest as well as pleasure.

That's about five quid in England, which is about as low as it goes, and for which you don't get much.

The South African advantage continues for a notch or two, I'd say, and then starts evening out, in terms of value for money and as other factors – notably choice – intervene.

Shop around in the great British metropolis (but you must do some work, even there) and there's a wonderful, if bewildering, range of varieties and styles of wine available from the world's winelands.

There's stuff for the equivalent of our R200 bottles that's very competitive – although the Cape has some unanswerable bargains as things get a bit more pricey: underpriced (in world terms) wines from some of our grandest names: Kanonkop, Boekenhoutskloof and Mullineux, for example, or Sadie's Old Wines Series, or Paul Cluver … the list does indeed stretch on.

It's when spending R500 upwards a bottle that I'd really rather be in London or New York than Cape Town or Johannesburg. I am only occasionally convinced that I can do better with a Cape wine selling for that sort of price.

Another category altogether – an adjacent one really – is cause for local smugness. I was in London to do some work for the South African Brandy Foundation.

We had organised a remarkable tasting, with some British spirits experts, of middle- and top-end South African brandy alongside cognac – the latter being, of course, the world's most prestigious grape-based spirit.

South Africa wins vastly more than its share of titles such as "Best Brandy in the World" in international competitions – but not when competing against cognac, which insists on being tasted in a category all of its own (for reasons the cynical observer might readily imagine).

So a blind, comparative tasting like this was unprecedented. I will be reporting fully on it later, but happily note now that the local product performed well.

In many cases the judges (already alert to the quality of South African brandy) were even unclear about the origins of what they tasted, and thought the quality pretty evenly spread.

South African high-quality brandy production is dominated by the big guys with KWV and, especially, Distell (the latter also producing most stuff destined for mixing with coke or whatever) punching well above their weight.

Estate brandies, though only legally possible since the early 1990s, are burgeoning, with Boplaas undoubtedly at their head.

The grandest brandies in the Van Ryn, KWV and Oude Meester ranges are expensive – around R800, though hugely less pricey than many cognac counterparts (such as Frapin XO at about R2 000 in the United Kingdom).

But with only a little less delight on offer, you can get even more brilliant bargains: KWV Ten Year Old, for example, or my own favourite, Oude Meester Demant, at around R160. Cognac simply can't match that ratio of quality to price.