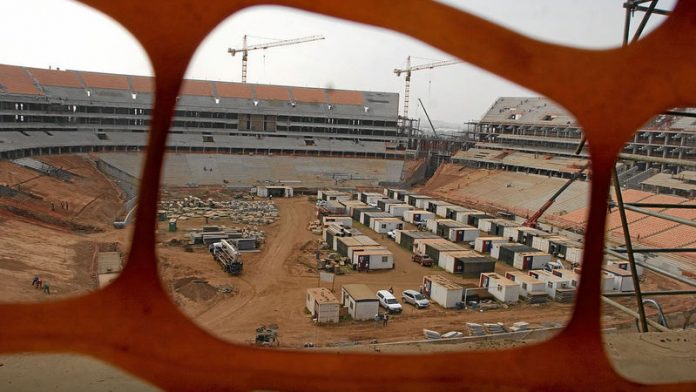 The City of Cape Town and the South African National Roads Agency (Sanral) could be the first claimants to wage battle against the 15 construction companies found guilty of collusion by the competition authorities in June this year.

This week the Competition Trib­un­al issued the first four certificates to be used in civil claims against the companies that admitted to rigging bids in large construction projects, including the stadiums built for the 2010 soccer World Cup.

Cape Town received the certificates, which outline the tribunal's findings against — and the admission of liability of — the construction companies Aveng, Stefanutti Stocks and Wilson Bayly Holmes-Ovcon (WBHO), the Competition Comm­ission confirmed on Wed­nesday.

Meanwhile, the tribunal is preparing another 35 certificates at the behest of Sanral, which will claim damages from companies that inflated road-building tenders around 2006. Sun International said that it would also consider legal action.

"Certainly, as a principle, if there were evidence that collusion had taken place, we would consider and explore taking legal recourse," said Michael Farr, group general manager of brands and communications at Sun International.

The commission said it had also received inquiries from other organisations.

The collusion affected a wide range of clients, including municipalities, state-owned companies and mining corporations.

Trudi Makhaya, deputy commissioner of the commission, said that companies affected by the collusion could pursue two possible avenues.

Firstly, a client could institute a civil claim. A successful plaintiff would be "compensated for harm caused by anticompetitive conduct", she said.

The total cost of the tenders implicated in the collusion is R47-billion.

Pursuing criminal charges
Claimants would be required to determine the amount to which collusion affected their individual projects and file for damages accordingly.

The second option, said Makhaya, would be to pursue criminal charges.

"In these cases, crime would be characterised as corruption or fraud. The person is prosecuted in their individual capacity."

The trade union federation Cosatu is taking this line, calling for the decision-makers responsible to be jailed rather than fined.

The union opened a criminal case against the companies with the Hawks this week.

"We are not claiming money but demanding that they be sent to prison," the Cosatu Gauteng provincial secretary Dumisani Dakile said.

Cosatu to press charges
Cosatu will be pressing charges against all 15 companies.

However, even the most determined of victims will find it difficult to litigate against Group Five, one of the major players implicated in the scandal.

The listed company, which has a market capitalisation of R4.48-billion, won leniency on 25 projects by being the first among those faulted to volunteer information.

"If no settlement is reached, the commission will prosecute Group Five for projects which it has been implicated in by other firms," it said last week.