Turkcell regroups, goes after MTN in SA after US setback 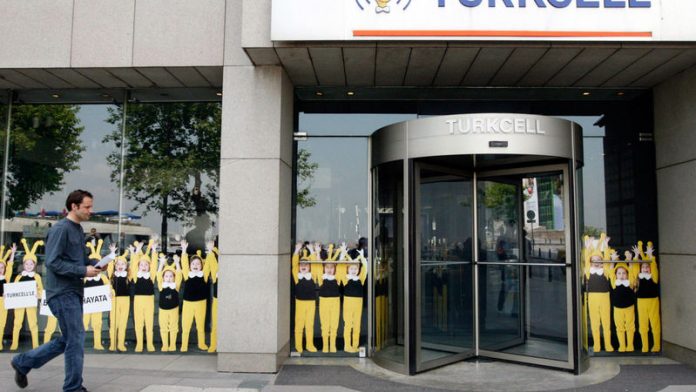 A change in the jurisdiction laws of the United States saw Turkcell, the communications and technology company, drop a case of alleged bribery and corruption against MTN — only to turn its attention to the South African courts, where this week it filed an action seeking $4.2-billion in damages.

The Turkish company was awarded Iran's first private global system for mobile communications (GSM) licence in 2004 but claimed it was unlawfully prevented from receiving the licence and then Iran entered into a licence agreement with the South African telecoms giant MTN.

"Information received by Turkcell indicates that our company's exclusion and the signing of the licence agreement with MTN was a consequence of MTN's illegal acts, including bribery and corruption, in 2004 and 2005," the company said in a recent statement.

Turkey's largest mobile phone company believed its case stood the best chance in the US courts and was banking on the Alien Tort Statute, which in effect allows foreign citizens to seek remedies in the US courts and states: "The [US] district courts shall have original jurisdiction of any civil action by an alien for a tort only, committed in violation of the law of nations or a treaty of the United States."

However, this was typically interpreted for use in cases involving human rights violations committed outside the US and whether it could be applied to bribery was debated when Turkcell filed its original lawsuit.

No joy in the US
Although a judgment was never made on Turkcell's case, the outcome of another saw the Turkish company realise it would find no joy in the US.

A case before the US Supreme Court, which concerned a claim by Esther Kiobel and other Nigerians that Royal Dutch Shell Petroleum aided and abetted Nigerian government abuses in the 1990s, was brought under the statute but dismissed on April 17 this year.

"The ruling effectively blocks other lawsuits against foreign multinationals for human rights abuse that have occurred overseas from being brought in a US court," Corpwatch.org reported at the time.

In May, Turkcell withdrew its US lawsuit but this week filed another lawsuit in South Africa suing for the same amount.

In the summons, it estimates it lost out on an estimated $31.6-billion in revenue over 15 years had it established and operated a cellular network in Iran.

"A change in the jurisdiction laws of the United States resulted in Turkcell's withdrawal of its lawsuit without prejudice at that time and the company maintains its position regarding the merit of the case," Turkcell said.

Legal merit
"The filing of the lawsuit in South Africa is in continuation of the legal process that was initiated in US courts."

In a statement, the MTN group said that it had noted reports that Turkcell has refiled its lawsuit against MTN in the Johannesburg high court but could not say anything more as it had not received or viewed the court papers.

"Although we don't have details of the case, MTN continues to believe that there is no legal merit to Turkcell's claim," the group said.

Turkcell's claim to the US court was supported by sworn testimony from MTN's own director of Iran operations, Chris Kilowan, detailing MTN's corruption and bribery.

However, the MTN board commissioned Lord Hoffmann to lead an independent investigation of Turkcell's allegations and, in Feb­ruary this year, MTN reported the committee had determined that the allegations were without foundation.

The sector employs 60 000 people in the Western Cape alone. Whereas some centres have cut staff, others are reskilling and preparing for a different future
Read more
Africa

Without the means to leverage lockdown as a time to grow, Covid-19 reinforces how access to data remains a barrier to young people’s progress
Read more
Advertising
Continue to the category
Education