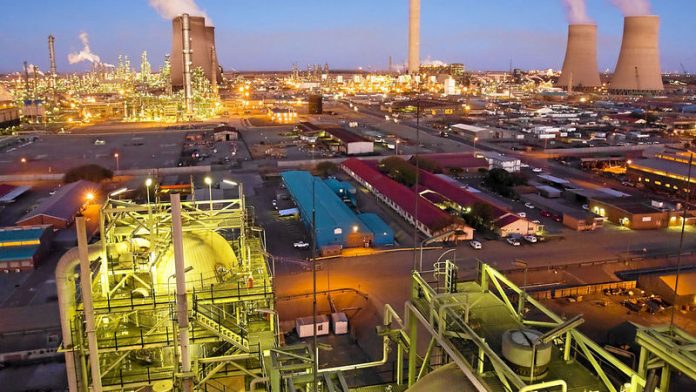 A new report on carbon emissions shows that only 90 international entities are responsible for two-thirds of all the greenhouse gas emissions in the past 250 years. A few are either based in South Africa or have listings on Johannesburg stock exchange ​the JSE.

The nongovernmental Climate Accountability Institute investigated which companies had extracted the carbon-based fuels that have driven climate change. According to its report, 90 international entities have emitted 914-billion tonnes of carbon dioxide equivalent (every greenhouse gas is equated to carbon for easy calculating) in the past 259 years. The worst offenders are oil companies, with Chevron topping the list with 3.5% of all historical emissions. Only seven of the 90 do not work in the coal, oil and gas sectors.

South Africa has traditionally been labelled a developing country in climate negotiations. This means it benefits from funding from the developed world to adapt to a changing climate and to make its energy production greener. This is a schism at the heart of the faltering negotiations that happen every year – countries like South Africa are asking that the developed world pay them because they emitted more greenhouse gases historically.

The United Nations Framework Con­vention on Climate Change, which has guided negotiations for the past two decades, apportions the blame for most carbon emissions on annex one (developed) nations. South Africa falls outside this and into the group of G77 + China, which stalled the 19th Conference of the Parties (COP) to reiterate their demand for the developed world to pay for "loss and damage".

Western nations say the developing world will overtake the West's emission levels by 2020 so should also be held responsible. The biggest sticking point is the economic growth in India and China, with complainants saying these countries will receive funds from those whose economies they are already outpacing.

South African companies have avoided responsibility when it comes to lowering their emissions by using the argument that they are responsible for a negligible portion of carbon emissions. But the country is the 11th highest emitter of carbon per capita. When this average is corrected across income levels, the middle-class South African is shown to do as much damage to the environment as someone in the United States.

Eskom was not included in the report because it does not extract carbon but burns it. The parastatal emits half of the country's carbon emissions and triple that of Sasol.

Since 1998, the earliest available records, its emissions have risen to more than 230-million tonnes of carbon equivalent from about 160-million tonnes. This roughly equates to 3.6 gigatonnes for the 15-year period to 2013.

Richard Heede, the lead researcher, said the findings showed that responsibility "for both cause and remedy for climate change" lay with the entities that had profited from the majority of carbon emissions. This research could provide "a useful basis for future social and legal pressure", he said.