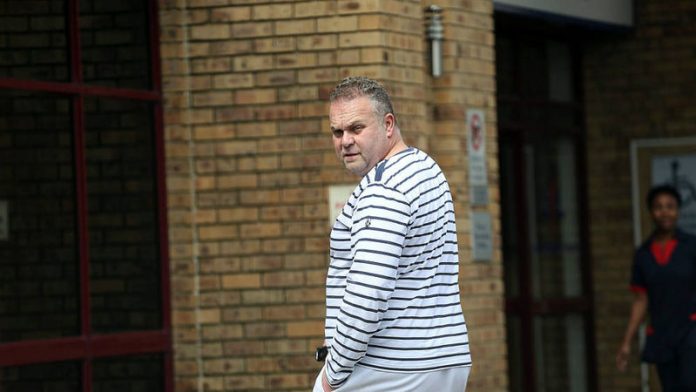 The bail application by Czech businessperson Radovan Krejcir and three co-accused was postponed by the Palm Ridge Regional Court on Wednesday.

Magistrate Reginald Dama said it would resume on Friday when investigating officer Mashudu Freddy Ramuhala would testify at 8am.

Krejcir, Desai Luphondo and two members of the Hawks, Warrant Officers Samuel Modise Maropeng and George Jeff Nthoroane, are applying for bail. They were arrested last month and face charges of assault, kidnapping and attempted murder.

Maropeng and Nthoroane are attached to the Hawks organised crime unit in Germiston. They submitted through their lawyer Francois Roets, that the state had no case or evidence against them. They denied the charges and that they had threatened witnesses.

Roets said it was not true that Maropeng owned four luxury cars and four properties.

Dama asked why there was no further evidence, such as documentation, from the traffic department to support the state's claims.

Threats
Prosecutor Louis Mashiane said the state stood by its submissions regarding Maropeng.

Mashiane contended that the accused should not be granted bail as they were accused of threatening several witnesses.

"The accused have threatened to eliminate the witnesses. Hence our submission that they should not be granted bail."

Maropeng and Nthoroane would be free to get to witnesses in their line of duty, he said. He said Krejcir could flee to the Seychelles with his family if granted bail.

His wife Katerina Krejcirova and their son had "conveniently" returned to South Africa from overseas a day before the bail application could continue.

"This is a man well-equipped to flee at any time. It is on record that the family have several passports, some in assumed names."

He said Krejcir's claims of assault by the police were not new. Krejcir had a trend of claiming assault whenever he had to face the law. These dated back to 2007, during Krejcir's application to oppose his extradition, when he allegedly made similar claims but would not lay charges.

Police docket
Earlier, Dama turned down an application by the defence to access the police docket. The docket contains an apparent confession by Luphondo to the police.

Andre Steenkamp, for Luphondo, said his client had been unlawfully arrested, assaulted and had made the confession under duress.

Dama ruled that handing over the confession to the defence would prejudice the state and he turned down the defence's request. He also turned down an application by the state to submit an affidavit in response to a statement made in reply by the defence.

Mashiane had claimed to have been ambushed with allegations by the defence and contended that he had a right to reply. The defence objected. – Sapa