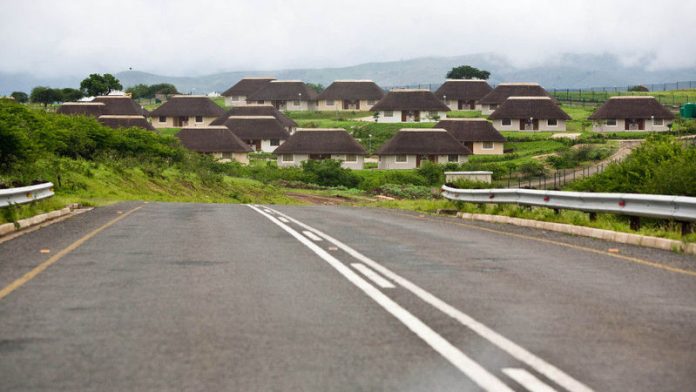 Exactly four years ago, the Mail & Guardian broke the news of upgrades then underway at the rural homestead of President Jacob Zuma. Much has happened since, but little has changed.

As befits the convoluted and highly-contested nature of the controversy that has gripped the nation, even the anniversary date of the first news of construction at Nkandla is open to debate.

Technically, information about the matter first became public on the late afternoon of December 3 2009, when the presidency issued a statement acknowledging the project, calling for the Zuma family's privacy to be respected, and rejecting "any insinuation that there could be any untoward abuse of state resources by the president or his family".

But purists could argue that amounted to spin, and that the news actually broke on Friday December 4 2009, when the M&G published an exposé headlined "Zuma's R65-million Nkandla splurge" – an article that had triggered the hasty press release the afternoon before.

Four years later that original article, authored by Mandy Rossouw, who passed away in March this year, makes for strange reading. Parts of it seem almost prophetic, such as the (at the time denied) statement that "the taxpayer is footing the largest chunk of the bill". Other parts seem naive, such as the description of "a whopping price of R65-million". Although the article quotes a source predicting that the cost would probably increase, the final price of more than R200-million was at the time almost unthinkable.

Nothing changed
Most striking, however, is how little things have changed in the intervening four years.

Misleading statements, for instance, were there from the first. Approached for comment, the government initially said it had no record of the development. A formal report has since recorded that the department of public works was involved in the upgrade six months before that, and that the South African Police Service had been pulled into it a full month before the questions were put.

When the upgrade was acknowledged, in a clear attempt by the presidency to soften the blow of publication, the message was clear: no government funding would be used for construction on the homestead itself.

The department of public works, which has since broadly discussed the building of bunkers and installation of bulletproof glass in the private residences, went further. "Please note that there is no work or extension project taking place at President Jacob Zuma’s homestead at Nkandla," the department said through a spokesperson.