Battle-weary Pirates reach for the Stars 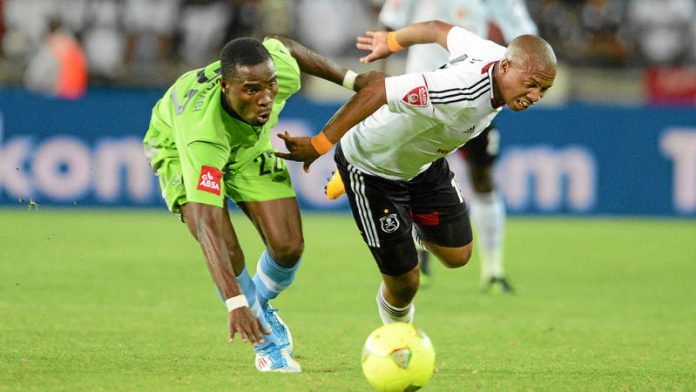 As much as Platinum Stars might be the enigma of South African club football, just which Orlando Pirates team pitches up on Saturday is likely to determine the destiny of the Telkom Knockout.

It is the third final for Pirates in as many months but, more significantly, it represents their 24th match in 21 weeks, since their season started at the end of July.

Evidence of the most taxing programme any local team has ever had to deal with was all too clear last Saturday night at the Orlando Stadium as they chased shadows against Bloemfontein Celtic.

A side that had hitherto this season shown little initiative literally carved Pirates apart in an unusually exciting combination of midfield thievery and quick breakaway attacks.

Pirates looked shell-shocked at the end of it all, the 2-3 loss pure flattery. It should have been 10-1.

Little wonder Roger de Sa said afterwards that the prospect of seven days' preparation before Saturday's cup final at Nelspruit's Mbombela Stadium would be a welcome distraction from the recent rigours of travel and the constant onset of matches.

Much of that time has been taken up with rest and recuperation. Pirates are now really beginning to feel the impact of their African Champions League campaign and their success in reaching the final of two domestic knockout competitions before the halfway point of the season.

But at times in these competitions there have been glimpses of a powerful side – full of running and power, swift and cunning movement, aggressive tackling, feverish defending and an ability literally to overrun the opponent.

Their central midfielders, Andile Jali and Oupa Manyisa, are the best combination in the league but their small frames are now feeling the punishment.

Pirates also battle upfront, where Lennox Bacela might grab the odd goal but is not really of the requisite quality, and Kermit Erasmus, for all the expectation after his transfer from SuperSport United, has not yet delivered on his potential.

Stars will look to counter Pirates with a strong midfield, anchored by ex-Pirates man Solomon Mathe and the Senegal import Idrissa Sarr, something of a cartoon-character enforcer.

Robert Ngambi, who is the real class in the Stars line-up, works back well but his primary job is to link upfront with veteran Henrico Botes, whose ability to hold up the ball marks him out among the country's best strikers, who successfully brings his teammates into play.

On the flanks, Tintswalo Tshabalala and the underrated Lindokhule Mbatha have the potential to take advantage, especially when Pirates' two fullbacks go marauding forward as both Happy Jele and Thabo Matlaba do, oftentimes with gay abandon.

It all makes for an intriguing contest, which will hopefully attract a decent crowd. The Premier Soccer League was still punting ticket sales this week, which suggests the take-up has been a little slow.

Still fighting for their right to return home, exiled Chagossians are using football to unite a diaspora
Read more
Advertising
Continue to the category
Politics