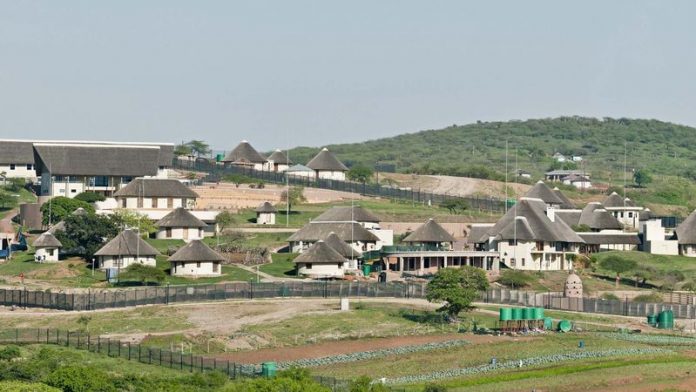 The government will on Tuesday release a previously secret report that apparently found President Jacob Zuma did not benefit from Nkandla upgrades.

On Tuesday, the ANC called for a inter-ministerial task team report on Nkandla to be released in full – but said it could not direct security ministers to declassify it, only ask nicely.

But on Thursday, Cabinet announced it had "directed that the report be released to the public", and said security ministers would hold a briefing on it next Tuesday.

That comes one day after public protector Thuli Madonsela said her report – expected to be damning to Zuma – could be made public before Christmas, but would more likely be read in mid-January, and a little less than a week since the Mail & Guardian published details from a draft version of the report.

From what is available in public the two reports seem to have much the same factual findings, but with very different conclusions.

Earthquakes, rape
In November, the inter-ministerial committee released its findings based on a classified report, which was drafted by a task team appointed by the security cluster ministers to investigate the security measures at Zuma's Nkandla home.

A high risk of earthquakes, volatile politics and high levels of rape in the Nkandla region are some of the reasons the state had to upgrade the security at Zuma's private home in Nkandla, according to Parliament's joint standing committee on intelligence.

But there were still no details on what the R206-million state funds were spent on.

The task team's report was tabled in Parliament in June, classified as "top secret" and sent for consideration to the intelligence committee, which meets behind closed doors.

The committee's report appeared in Parliament's daily announcement papers – a day after Parliament went into recess for the Christmas holidays.

'Necessary'
The report reads: "It is necessary to appreciate that the geography of the area of Nkandla is fundamental to an understanding of some of the factors that influenced the security upgrades to the residence in question.

"Nkandla is a deep rural area in the province of KwaZulu-Natal with an average elevation of 1 301m above sea level and KwaNxamalala is one of the villages that constitute the Nkandla [Local] Municipality.

"It is at the heart of this remote village that the home of the sitting president of the country is situated.

"This is where the president takes a break from [his] hectic government schedule to go and relax as well as spend quality time with his family, [and] attend to his guests and private engagements. The president also hosts senior state visitors.

"In terms of natural hazards, Nkandla can be susceptible to strong earthquakes [at] an average [of] one earthquake every 50 years, with occurrences at 5 to 6 [on the] Richter scale. While there is a medium to low risk of periods with extreme drought, the risk [of] flooding is also very high," states the report, citing additional information the committee received from the task team.

Political assassinations
The report also reveals that the "volatile" political situation in Nkandla is a factor that has to be considered in the security evaluations of the head of state's residence.

The task team found that in addition to the usual factors that affect the security of the president and his family, it had been necessary to examine broader issues such as the political dynamics in the country when assessing and determining the safety and security of a head of state.

"In the case in point, there has been a growing trend of political assassinations generally in the history of South Africa, post-apartheid."

The report said that whereas political assassinations were "bad" in both Mpumalanga and KwaZulu-Natal, the latter province was the worst affected.

The report records Zuma's involvement in brokering and securing a deal with the Inkatha Freedom Party to quell the violence in the 1990s.

"Over the years since then, there have been sporadic threats and warnings that there could be a resurgence of political violence."

Soft targets
The report also notes that residents of rural communities are generally considered soft targets of crime and the president's family may be viewed as an even easier target for retribution from those with different political viewpoints.

"Rape is reported as being particularly on the rise, among other crimes. This is but one of the factors that necessarily place an obligation on the government to tighten security even more around the residence of President Zuma," the team said.