Chad struggles to deal with influx of poorly refugees 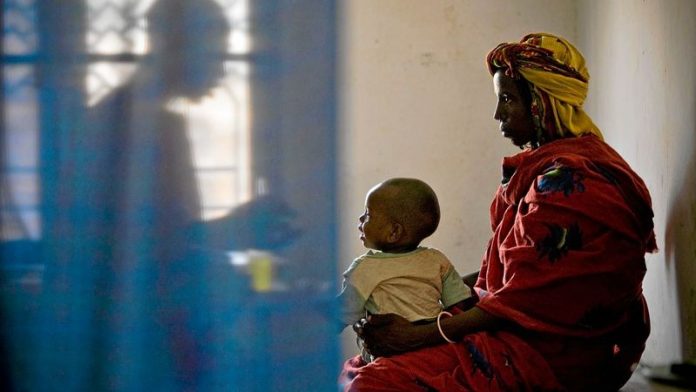 The people at the World Health Organisation call it "routine childhood immunisation". But they have not witnessed the anything but routine sleuthing required of Anastasie Nague as she plays her part in preventing disease in a new, three-pronged humanitarian emergency affecting landlocked Chad.

Since March, 60 000 people have arrived in Tissi on foot and by donkey, fleeing a new outbreak of ethnic violence in Darfur, to the east. In the same period, 12 000 refugees have crowded into southern Chad from the lawless Central African Republic (CAR). Landlocked and increasingly barren due to climate change, Chad is also straining to accommodate 150 000 of its citizens entering from the north – returnee guest workers expelled from Libya after the fall of Muammar Gaddafi.

In a mewling mass of toddlers gathered with their mothers under the shade of one of the few trees, Nague approaches the challenge one child at a time. "Some of the children have never been vaccinated. For those who have been, we often do not have vaccination cards as they fled from burning villages," says the 27-year-old nurse.

"I look for scars. For instance, over in Sudan they give tuberculosis [vaccinations] in the right forearm, whereas in Chad we do it on the left side. Sometimes the mothers will explain that their child had an injection in the thigh and they were told to come back in 45 days' time. Then I know the child has received pentavalent 1 [vaccine] and is due for the second vaccine."

Tissi, on the border with Sudan's South Darfur and the CAR, lies in scrubland 800km from N’Djamena.

Single water source
Armed incursions from Darfur are frequent across the porous border, endangering humanitarian convoys on the 11-hour drive from the nearest gravel road. When aid workers arrived in April, they found refugees and their estimated 200 000 livestock sharing a single water source – a contaminated lake.

Since then, Médecins Sans Frontières has opened a clinic where doctors have treated gunshot wounds and children injured by unexploded ordnance. There is no operating theatre, but an emergency Caesarean was recently carried out at the clinic anyway.

Twenty boreholes have been sunk – by the United Nations Children's Fund (Unicef), with European Union funds – and a treatment plant has been built next to the lake.

A camp for 20 000 people has been built by the UN refugee agency, UNHCR. But aid workers are already saying that the area – where trees are fast being stripped – cannot cope with the population influx.

"The big challenge is water," says Unicef health consultant Hormo Amboulmato. "We needed to secure a safe supply of water rapidly, or people would have had to continue walking westwards. As it is, we only have enough water for the current emergency. It will not be sufficient when, as we expect, the next round of fighting sends more people walking in our direction."

Most of those arriving from Darfur are classified as returnees. From the Salamat ethnic group, they fled fighting and food shortages in Chad during its 2005-2010 civil war. Now in conflict with the Misseriya people of Darfur, they are being chased back.

The Chadian government says the country is short of the most basic health, education and social services. It is already home to 425 000 refugees, 300 000 of whom came from Darfur up to a decade ago.

Food insecurity
On top of the human pressure, climate change is turning much of the north and east of Chad to dust, leading to failed harvests and creating the potential for conflict over water and arable land.

According to the government, two million people – including refugees – face food insecurity. In the worst-affected regions of Chad, Ouaddai and Wadi Fira in the east, malnutrition affects more than 18% of children younger than five.

Nague has no time to lose. Under the tree, she and her small team – deployed by Unicef because there are no state health services in the area – offer a one-stop, fast-track paediatric service. In a single morning, they cover malaria prevention, the virtues of breast-feeding, malnutrition screening and vaccinations.

Malaria rates have doubled in Chad this year. A yellow fever outbreak has been confirmed just over the border in Sudan. "We are just waiting for the first cases of measles – or something else – because we are finding that the majority of children coming from the CAR have never been vaccinated," Nague says. – © Guardian News & Media 2013