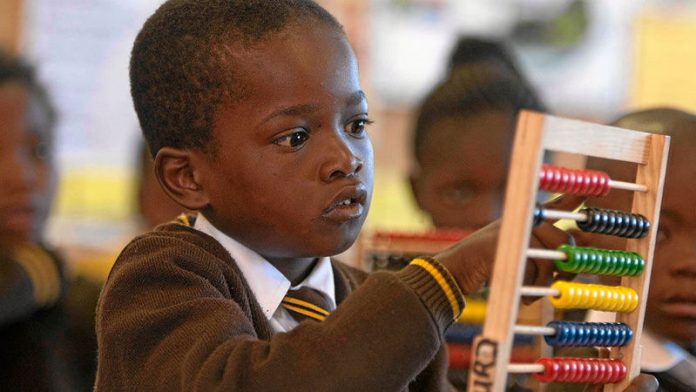 An "upward trend" in education performance is evident from the 2013 annual national assessments (ANAs) of numeracy and literacy, said Basic Education Minister Angie Motshekga when she released the results on Thursday morning.

But educationists immediately cast serious doubt on both that conclusion and the minister's stated "confidence" in reaching it. Among the problems they identified were the comparability of the tests from one year to the next and results that may be unreliable in themselves because of teachers "teaching to the test".

For instance, in maths:

Similarly, in literacy results for pupils taught in their home language:

Deficiencies
However, in the intermediate phase (grades 4 to 6), "learner achievement … in general, and grade 9 mathematics in particular, showed wide-ranging deficiencies in basic knowledge and competencies", Motshekga said.

She contrasted the differing achievements between the lower and the higher grades. "For instance, at national level, significantly more than half of the grade 3 learner population achieved adequate to outstanding levels of performance in language and mathematics, a proportion fairly close to the 60% target set for 2014," she said.

Grade 9 scores were the lowest of all grades the ANAs assessed not only in maths but also language: 43% for those taught in their home language and 33% for all others.

The "fairly limited repertoire of necessary basic skills and knowledge" among grade nines is "a signal warranting particular attention given that this is a critical transition grade into the further education and training band [grades 10 to 12] of the school system", Motshekga said.

But Nic Spaull, education researcher in Stellenbosch University's economics department, slammed this reading. "It is truly worrisome that the minister and the department have used the ANA results – which are absolutely not comparable across grades or over time – and concluded that the problem is in grades 7, 8 and 9," he told the Mail & Guardian.

Debilitating learning deficits
"This flies in the face of everything that we know from South African research in education. The high ANA scores in grades 1, 2 and 3 are in direct contradiction to a host of local studies of numeracy and literacy achievement in these grades."

This research "all suggests that children are acquiring debilitating learning deficits early on in their schooling careers and that this is the cause of underperformance in later grades", Spaull said.

"It is truly short-sighted to focus on the under-achievement in grade 9 and conclude that that is where the problem is."

Concerning the year-on-year comparisons the full ANA results convey in detailed tables, Spaull said: "It is unfortunate that the minister has decided to release these results and make direct comparisons between 2012 and 2013. The department has not taken the necessary steps to make the tests comparable and thus the results are truly misleading."

For the Suid-Afrikaanse Onderwysersunie, the "question is whether or not the results reflect the actual realities within the education system" because "in many cases teachers have been teaching to the tests and largely ignoring the greater curriculum", the union said in a statement on Thursday.

"The South African schooling system has become too test driven, and therefore does not offer an accurate reflection of the total situation because the ANAs do not and cannot measure that," it said.

Basil Manuel, President of the National Professional Teachers' Organisation of South Africa, said in a statement that the department's "interventions during this year appear to have been effective in some areas of literacy" but that "numeracy/mathematics results across the country are still a major cause for concern".