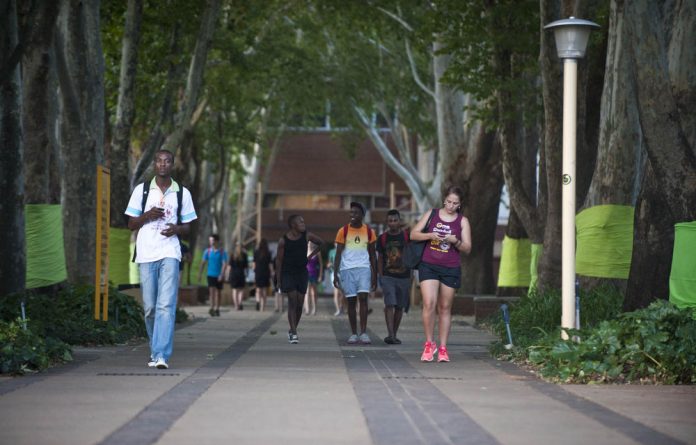 The recent Equity Index study conducted by researchers at the University of KwaZulu-Natal (UKZN) is generating much-needed debate in higher education about the pace of transformation at South African universities.

Jointly released by UKZN and the ministerial oversight committee on higher education, the study used audited state data for 2011 to measure the difference between national demographics on race and gender and those of the staff and student profiles at all 23 universities. The results led to the study’s conclusion that the rate of tertiary transformation has been "painfully slow" and that "the much-lauded autonomy afforded to this sector has clearly not been used to transform itself".

It is true that our universities have a long road to travel when it comes to transformation. But there is also room for celebration that the study overlooks.

This is an indication of improved efficiency – because these graduates are being produced at a slightly higher rate than they are being enrolled at universities.

Disaggregating the total head count enrolments of the higher education system also shows improvements. In 2005, there were 120 385 tertiary students, of whom 61% were black and 6% coloured. But by 2012 the figure for black students had risen to 70%, with coloureds holding at 6%, of the total 953 373 students.

The Equity Index study is also flawed on a number of other fronts, most notably in taking the snapshot of higher education transformation that is given by 2011 data instead of tracking progress made since 1994. Second, the study highlights the link between research and equity, but fails to analyse who is actually producing the research outputs at the universities that it categorises as having "good research productivity". Ask yourself: What is the relevance of research productivity in the transformation of our country if research outputs are mostly produced by white males over the age of 55? 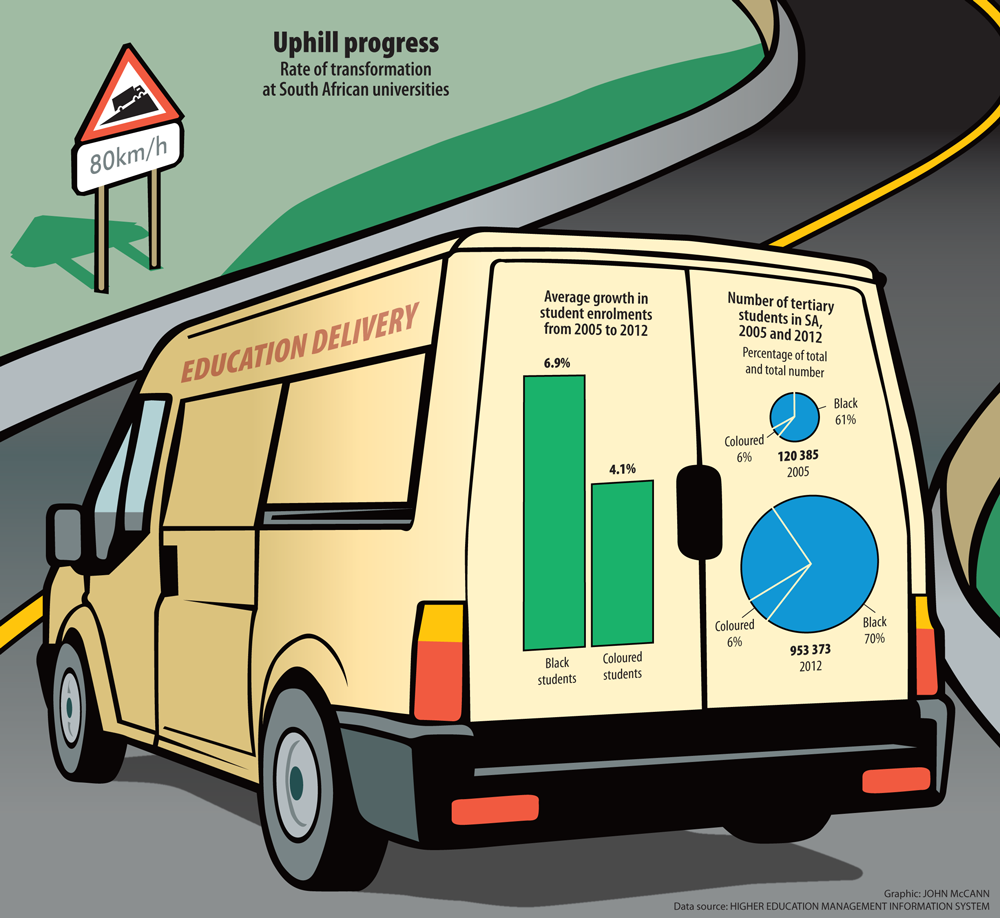 A significant shortfall of the study is that the data were not "normed" to take into consideration the size of universities. It is self-evident that a university with more instruction and research staff will produce more research outputs. This explains why the study finds that Rhodes University has "poor research productivity" in spite of its high publication rate when compared with universities of a similar size.

If you truly want to assess the contribution of higher education to transformation then you need to look beyond the narrow confines of the Equity Index study.

It would be preferable to complement its findings with more statistically robust data trends analyses across a number of appropriate performance indicators to assess progress, or lack thereof, in achieving more diverse staff and student equity profiles.

Comparisons of progress should be done relative to the national average across the higher education sector while considering the different nature of each university.

In conclusion, any assessment of higher education transformation is incomplete if it does not foreground a holistic conceptualisation of transformation that includes, but is not limited to, student and staff demographic profiles.

In analysing the progress of the higher education sector in achieving transformational goals, some pertinent questions need to be asked of universities. Are they, for example:

• Creating an enabling and humanising institutional climate where diversity is affirmed as a powerful source of personal, intellectual and institutional development?;

• Implementing teaching and learning approaches that are effective in developing graduates who are enlightened, responsible and constructively critical citizens?;

• Embarking on curriculum innovation to meet the graduate needs of the economy and society while also celebrating diverse knowledge traditions and paradigms?;

• Inducting black and female researchers into the production and dissemination of knowledge as the next generation of academics?;

• Affirming the value of indigenous knowledge systems and African languages in a multilingual and multicultural context?

We believe such questions will enrich transformation discourses by creating conditions for stakeholders to grapple openly with, and to share, more effective ways of ensuring our universities better reflect the ideals of the Constitution and the country we all seek to commonly build. This will move us beyond mere policy compliance towards reflection, collaboration and collective progress in deepening transformation at higher education institutions.

This article expresses the personal views of Thoko Mayekiso, deputy vice-chancellor (research and engagement) at Nelson Mandela Metropolitan University, Heather Nel, the university’s senior director of institutional planning and Charles Sheppard, its director of management information. The article does not express the views of the university. ?

After initially defending Sandile Buthelezi’s personal leave, the health department has announced that he has been placed on precautionary suspension
Advertising