Win or lose, it’s no sweat for MS Dhoni 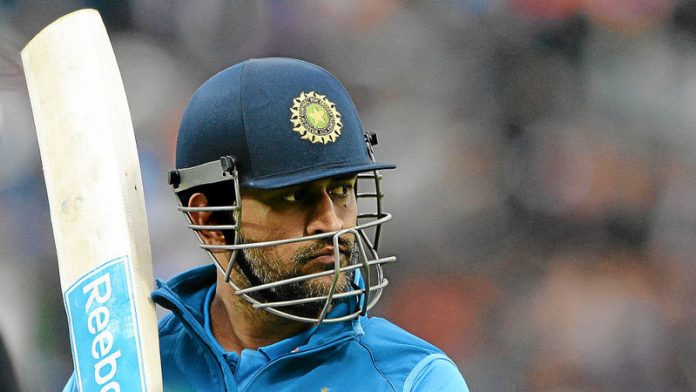 The Proteas face a testing month with three one-day internationals and several Test matches against India. Both captains, AB de Villiers and Graeme Smith, have spoken about the challenges that lie ahead and how much they care about the results and what they mean for the future.

India's captain, Mahendra Singh Dhoni, couldn't care less. If he did, he wouldn't show up. But he is good at the game and he likes to win. He just doesn't need to.

"Most international sportsmen feel defined, to some degree, by the results they achieve on the field," said Eric Simons, part of Team India's coaching staff along with Gary Kirsten for three years.

"MS isn't like that. If he doesn't score runs or his team loses, it doesn't define him at all. He tries very hard on the field – he gives every­thing to win – but when he walks off the field you wouldn't know if the team had won or lost. After we won the World Cup and after successive 4-0 Test losses in England and Australia, he was exactly the same person," Simons said.

Kirsten said Dhoni was less afraid of failure and its consequences than any other cricketer or captain he has ever met.

"He has strong views and ideas and was never, ever afraid to experiment. He far preferred something to fail than not know whether it might have worked. And he never shied away from the responsibility if it did fail," Kirsten said.

"He is an X-factor player who has made a great success of the captaincy, and that very rarely happens. He is never afraid to question, and the longer something has been 'established' the more he likes to question it," Kirsten said.

"Wicketkeeping is not something he chose to do – it chose him because he's good at it. He hated being told he should be 'tidy'; he never understood that. His view was: 'I need to hold the catches and make the stumpings. Who cares if the ball ends on the floor in between them?'" Kirsten said.

Suggestions that he never practises his glove work are not strictly true, according to Paddy Upton, the third member of the South African trio who guided the team to World Cup glory almost three years ago. "He practised for anywhere between three and six hours a day, but only on match days in between the times the umpire called 'play' and 'stumps'," Upton said with a smile. "He thought that was enough training."

Simons said Dhoni could have been "more than useful" as a bowler if he had followed his preferred path as a young cricketer. "Unconventional action, skiddy pace – he would have been a partnership breaker. But he's talented at whatever interests him. He's an amazing football player and he plays badminton for hours because it interests him," Simons said.

Dhoni has the job with the greatest "pressure" in the whole of cricket, yet he feels none. He is not wired to feel pressure. Much of what he says in press conferences is a toned-down version of what could be his mantra: "Don't take things so seriously. It's just a game." It is toned down because he knows that millions of his fellow countrymen take the game – and its results – far more seriously than he does. He has no desire to disrespect their passion.

Drive down any city high street in India and you'll see billboards with images of Dhoni endorsing everything from underwear to aftershave, computers to biscuits. Why does he do it?

"I've no idea, but I'm pretty sure that if somebody spoke to him about 'protecting his brand' or used any other marketing analogy, he would laugh out loud. Things are what they are for MS; he's good at the game of life. It wouldn't bother him that he's on billboards, or not. It's not worth getting upset over," Simons said. "Besides, I truly believe he doesn't think of himself as a superstar. He probably finds it funny that he's on billboards."

He is famously animated on the subject of motorbikes (of which he has many) and anything military. He is, in some ways, still just a big kid – who happens to be very good at cricket and very clever at "reading" his opponents.

"In a Test match against Australia, in India, the game was gridlocked and needing breaking open. So MS set a 'ridiculous' field, eight on the off side and just one on the leg side, and told the bowlers to bowl a four outside off stump. He knew the Aussie batsmen would chase the wide balls eventually, and they did," Kirsten said.

"What differentiates MS from most other cricketers is quite simple," said Simons. "He wants to win, but he doesn't need to. There's a subtle but crucial difference. He's not desperate to win so he's never prone to the negativity that desperate sportsmen suffer. He's fearless."

‘Quota’ players? What a joke!